Ramadan Boumadyan, chairman of the designated committee at Libya's Ports & Maritime Transport Authority, said the interim government was working on getting the 24-strong fleet operational again. 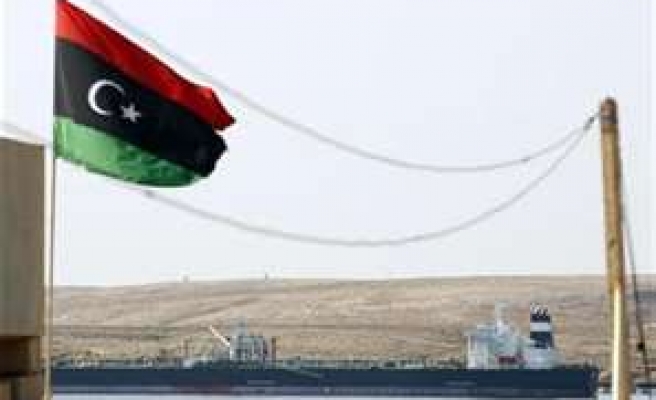 Libya's state owned oil tanker fleet is set to be back in business within a month, with some vessels ready for trading in the next two weeks after months at anchorage due to war, the country's port authority chief told Reuters on Tuesday.

Libya's interim rulers are stepping up efforts to get the economy and Africa's previously third biggest oil producer back on track after former leader Muammar Gaddafi was toppled last month. The country's seaborne trade is seen as vital for resumption of trading activity.

State-owned shipping firm General National Maritime Transport Company (GNMTC) has been under pressure in recent months due to a combination of sanctions and a freeze on assets belonging to the Gaddafi family, with several tankers that were managed by an international company laid-up off Malta and Singapore.

Ramadan Boumadyan, chairman of the designated committee at Libya's Ports & Maritime Transport Authority, said the interim government was working on getting the 24-strong fleet operational again.

"Those ships will be in service soon," he said in an interview.

"Some of the ships which are inside Libyan ports maybe in service in weeks time and the others in a month's time."

In July, V.Ships, one of the world's biggest ship management companies, said it was paying for the cost of maintaining eight GNMTC tankers and skeleton crews that it managed on behalf of GNMTC with the Libyan company unable to access funds.

A spokesman for V.Ships, which was one of GNMTC's ship management companies, had no immediate comment when contacted on Tuesday.

Boumadyan said the authorities were aiming to smooth out all documentation matters related to GNMTC, as well as payment issues.

"We are trying to solve all the problems of the company in the last six month period," he said.

Earlier this month the U.N. Security Council eased sanctions on Libya, including on its national oil company and central bank, to enable key institutions to recover.

GNMTC, which was believed to been previously controlled by Gaddafi's son Hannibal, remains on a list of entities sanctioned by the U.S. Treasury.