Lira off record lows as CB intervenes with $2.25 bln sale

The Turkish lira recouped some losses as the country's central bank intervened in the markets with seven separate foreign-exchange sales totaling $2.25 billion. 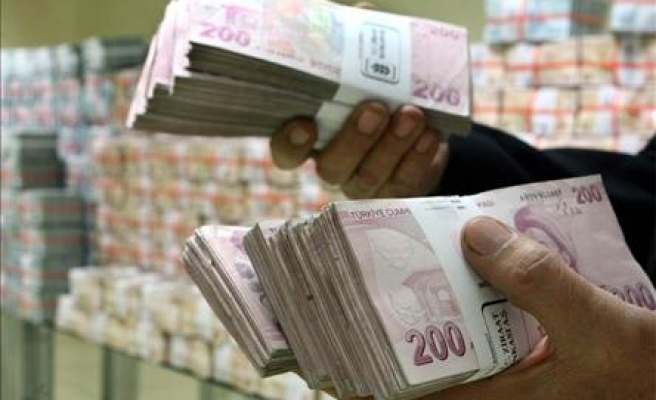 The Turkish lira crawled back from historic lows against the US dollar to recoup some losses on Monday as the country's central bank intervened in the markets with seven separate foreign-exchange sales totaling $2.25 billion.

Turkish markets woke up to the week's first trading day with a new record low for the lira against the greenback. One US dollar bought 1.974 lira on Monday's opening, a development that pushed the central bank to immediately intervene. The bank announced early on Monday that it will commence strong monetary tightening to stabilize the local currency. Underlying this move was also a goal to curb fast-growing domestic demand, something that is called “cooling the markets down.”

The central bank held five separate forex sales totaling $2.25 billion through Monday afternoon and was able to take the heat off the US dollar to some extent. Following the bank's injection of money into the markets, one US dollar retreated to 1.945 against the lira. The central bank has been using forex sales maneuver for more than a week now to dent an overvalued US dollar. The central bank sold $4.9 billion since June 11; however, it was able to make only little progress in stopping the greenback's rally against the lira.

The greenback's rally was not confined to Turkish markets. The dollar climbed to a three-year high on Monday in the global markets. Early on Monday, the dollar index, which measures the greenback against a basket of major currencies, rose to 84.588, its highest since July 2010.

The bank is believed to hold around $120 billion in its foreign exchange reserves. Observers argued the bank would continue aggressive forex sale auctions to ease the pressure on the lira.

Başçı was meeting with a group of economists in Ankara on Monday. Sources have said the bank would consider moving further to intervene in interest rates unless the lira stabilizes. It has earlier been speculated that the bank resorts to expand its popular interest rate corridor. This would mean the bank would increase the key interest rates; however, it has been reluctant to opt for this measure so far. Market pundits have earlier warned that the TL 2 rate against the US dollar remains the psychological barrier for the central bank. The bank will apparently scramble to make the best use of forex sales strategy for another week.

"The central bank thinks as loan growth remains strong, there is no need to change the interest rate band yet, while additional tightening as implemented occasionally since June 11 and forex sales will be adequate to fight against volatility," said Şengul Dağdeviren, senior vice president at ING Bank. "Until [the]… July 23 policy meeting, the central bank is most likely to continue aggressive forex sales to the extent that the lira's relative volatility against peers remains high while keeping cost of average open market operation funding in the range of 5-6 percent."

Others said pressure on the central bank to hike rates at its next policy meeting on July 23 was increasing. "The central bank will pause weekly repo auctions and start aggressive forex selling auctions from today," said Ali Çakıroglu, a strategist at HSBC Asset Management. "The bank will have to raise the upper band of its interest rate corridor in its next meeting considering the pressure on the currency."

In its last policy meeting the bank kept its main one-week repo rate at 4.50 percent, its borrowing rate at 3.5 percent and its overnight lending rate at 6.5 percent.

Elsewhere on Monday, shares traded on Turkey's main benchmark index Bourse İstanbul (BIST) lost 0.43 percent in value at 72.797 points. In other critical data, Turkey's two-year benchmark yield hit a one-year high of 8.26 percent on Monday. Emerging markets have been battered following statements from the US Federal Reserve (Fed), which said it will start reducing a long-running stimulus program. Better-than-expected US jobs data on Friday added to this possibility.

This week international markets brace for two critical announcements. On Wednesday night European Central Bank Governor Mario Draghi will comment on the latest developments. On Thursday night investors' eyes will be on US Federal Reserve head Ben Bernanke. Market analysts expect these two statements will decide whether markets will boost morale or dip into new lows. Also on Thursday, Turkey announces the current account deficit (CAD) figures for the month of May.