Lufthansa said the strike was likely to result in the cancellation of over 200 flights, affecting around 25,000 passengers. 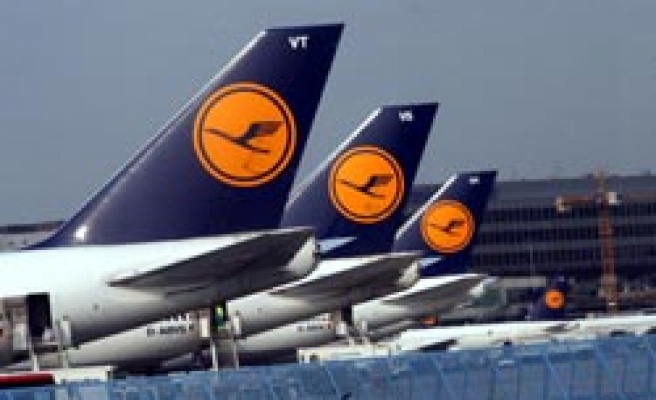 Pilots locked in a row with Lufthansa over an early retirement scheme announced the second strike within a week at the German airline, this time affecting thousands of travellers at Europe's third-largest airport in Frankfurt.

Union Vereinigung Cockpit said the strike would run from 1500-2100 GMT on Friday and would affect short-haul and medium-haul Lufthansa flights leaving Frankfurt airport.

Lufthansa said the strike was likely to result in the cancellation of over 200 flights, affecting around 25,000 passengers.

"We will continue to strike until Lufthansa brings an end to the confrontational way in which they deal with staff," VC board member Joerg Handwerg said in response to Reuters questions.

The pilots, who also carried out a three-day nationwide strike in April over the same issue, want Lufthansa to maintain a 50-year old scheme that allows pilots to take early retirement at 55 and still receive up to 60 percent of their pay.

Lufthansa, which had tried to scrap the scheme entirely, wants to increase the average age at which its pilots retire to 61, to reflect longer life expectancies and a recent European Union ruling that allows pilots to stay in the job until the age of 65.

Lufthansa Chief Executive Carsten Spohr had earlier this week said in a presentation to management that Lufthansa had the best pilots. "But we have to be able to afford them in the long term," he said.

DZ Bank said the strike announcement was not a surprise but was negative. "(The) full year earnings target is becoming more difficult to achieve," analyst Dirk Schlamp said.

The pilots had said strikes this time around would not be as widespread as they were in April.

The latest strikes coincide with the end of the summer holiday period in various German states.

Lufthansa said the strike would affect business travellers and those going away for the weekend. It also criticised the timing of the announcement, at after 5 p.m. local time, saying it made it difficult to add more people to its call centres to deal with rebookings.