Milososki visited the Governor after having been invited to the province by the Manisa Organized Industrial Zone. 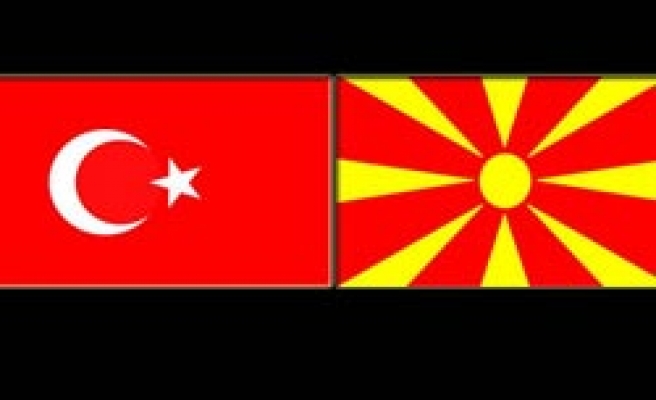 Macedonian Foreign Minister Antonio Milososki visited the Governor of western province of Manisa Celalettin Guvenc on Tuesday after having been invited to the province by the Manisa Organized Industrial Zone (MOSB).

Speaking to reporters while visiting Governor Guvenc, Milososki said that Turkey and Macedonia shared a strong and permanent friendship.

I want to express that our friendship is based on both economic relations and one to one relations. Around eight months ago, we hosted Governor Guvenc and businesspeople from the MOSB in Macedonia. I had made a promise during Guvenc's visit. I promised that I would visit Manisa at the first opportunity and see how wonderful a system has been established at the MOSB. Not only Macedonia but other countries in the region and the world must look at the Manisa model. I have noticed how crucial are the projects in Manisa for Turkey, Milososki said.

As the Macedonian government, we provide certain incentives to businesspeople. Those businesspeople willing to invest in Macedonia will find their taxes reduced for a period of 10 years, Milososki underlined.

Governor Guvenc, in his part, said that Macedonia was a young republic and that he held talks in Macedonia eight months ago.

Macedonia invites entrepreneurs and investors. Macedonia wants to cooperate with Turkey. Turkey is one of the countries that recognized Macedonia right after their declaration of independence. We have respect for the will of the Macedonian people and their republic. We support Macedonia. Bilateral projects will make our cultural, social, political and economic relations stronger, Guvenc also said.