Turkey will invest $16 billion in hydroelectricity facilities over the next four years, and $11 billion in nuclear. 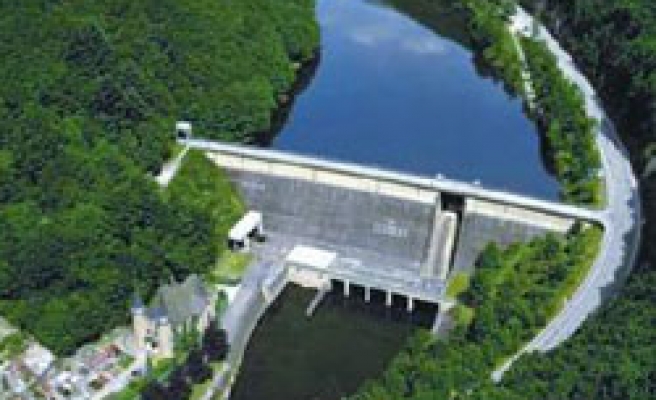 World Bulletin / News Desk
Turkey will invest $16 billion in hydroelectric power generation over the next four years, the energy commission formed as a part of 10th Development Plan said on Wednesday.

Turkey has the most technically feasible hydropower potential in Europe -- meaning that the potential for developing power generation from water sources is considerable, even greater than that of Norway and Sweden which follow Turkey in terms of potential.

The investment in hydroelectricity will be the largest one of the total $50 billion that Turkey will invest in energy from 2015 to 2018, within the scope of the government's 10th Development Plan.

The plan's major guidelines are the diversification of Turkish energy sources, the commission said. Investment in nuclear energy and coal power generation are also on the agenda.

Hydroelectric energy already constitutes an average of 20 percent to 25 percent of Turkey's total energy mix. The share of natural gas in Turkey's energy mix is around 40 percent on average, an amount the commission would like to reduce.

To further reduce dependency on hydrocarbons, an investment of $11 billion in nuclear power generation will be made over the same period.

Turkey plans to begin the infrastructure construction of the Akkuyu nuclear plant this year. This is a four-reactor facility in the Mersin province on Turkey's Mediterranean coast. Power from the nuclear plant will replace about 10 percent of hydrocarbon generated power in Turkey's power mix when it is fully operational.

Investments in coal plants will be around $10 billion with the aim of increasing the share of coal reserves in the economy.  But natural gas plants will get only $5 billion. Turkey aims to increase coal's share to 30 percent by 2023 in the power mix from about 24 percent currently, taking greater advantage of domestic sources.