Enbridge Inc. said it had stopped an oil spill from its 6A pipeline, which delivers up to a third of Canada's crude oil exports to the United States 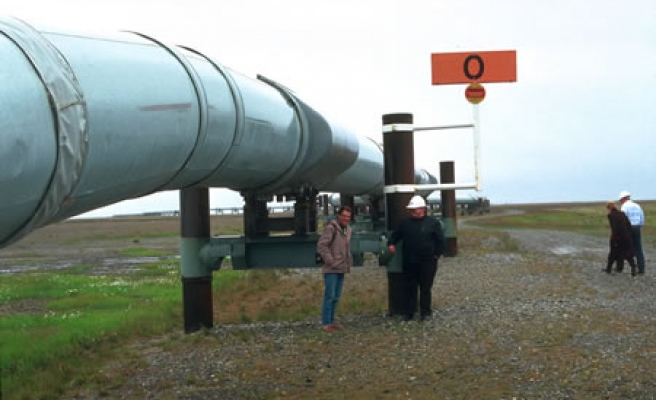 Enbridge Inc. said late Friday it had stopped an oil spill from its 6A pipeline, which delivers up to a third of Canada's crude oil exports to the United States, but gave no estimate on when the line might resume operations a day after it was shut down.

The U.S. Environmental Protection Agency said earlier Friday that the pipeline was spewing oil at a rate of between 200 and 600 barrels per hour -the equivalent of up to 14,400 barrels day, a large spill by U.S. pipeline standards.

The incident comes less than two months after a smaller Enbridge line on the same Lakehead pipeline system was shut after spilling nearly 20,000 barrels in Michigan. Calgary-based Enbridge has still not been allowed to restart that line.

Oil prices surged $2.20 or nearly 3 percent, and the spread between the first and second-month oil futures contracts narrowed by $1, as the leak on the 467 mile line from Superior, Wisconsin to Griffith, Indiana threatened to slash oil supplies to the industrial U.S. Midwest region.

Analysts said the severity and rapid succession of spills on the aging Enbridge pipeline system -which is more than three decades old- could mean a lasting disruption in crude supplies. U.S. oil safety regulators are already on edge over
the recent BP oil spill in the Gulf of Mexico.

"Our guess is the leak could be fixed quickly. However, a second leak in this short a period of time is likely to attract regulatory scrutiny, which could take some time to resolve," said Simmons & Co. analysts in a note to investors.

Enbridge said the site had been isolated and the oil contained as more than 200 personnel were working on the scene, but added it could not give an estimate of the cause or scale of the leak, or when the line might resume shipments. A spokesman said normal operations could take time.

"We do believe there will be a significant impact to (pipeline) customers, and we're asking for their patience," Enbridge spokesman Glenn Herchak said earlier.

The most recent leak occured around Romeoville, Illinois, a town of around 40,000 located about 35 miles south west of Chicago.

Enbridge shut off and isolated the line in locations both north and south of where the spill was first discovered, around noon on Thursday. Assuming a steady flow-rate of 600 barrels per hour, or 14,400 barrels per day, it could rank among the ten largest U.S. pipeline spills of the past decade, according to U.S. government data.

Enbridge, Illinois and Federal officials are working to clean up the spill, the company said. Restarting the line would first require approval from the U.S. Department of Transportation (DOT).

A U.S. government official, who asked not to be named, told Reuters that there is no immediate plan to restart 6A and DOT inspectors are currently investigating the leak.

Canada shipped 1.75 million barrels of crude to the United States in the week to Sept. 3, making it by far the largest foreign supplier. Saudi Arabia, the No. 2 supplier, shipped 1.16 million bpd to U.S. markets last week, according to data from the U.S. Energy Information Administration.