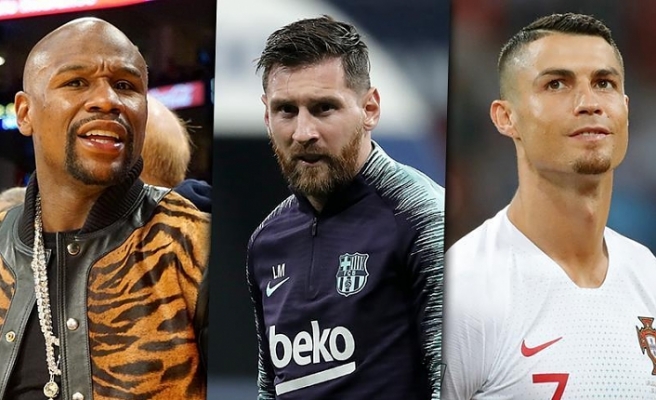 American boxer Floyd Mayweather reclaimed his title as the world's highest-paid athletes in 2018 with $285 million earnings.

Forbes on Thursday released its list of the world's 100 highest-paid athletes.

A 41-year-old boxer was followed by Argentinean footballer Lionel Messi with $111 million, and Portuguese footballer Cristiano Ronaldo with $108 million.

Barcelona's Messi, Juventus' Ronaldo, Paris Saint-Germain's Neymar are the footballers who made an appearance among the top 10 highest-paid athletes of the year.

It also includes 18 names from American football, 14 from baseball, 9 from football, 5 from golf and martial arts each and 4 from tennis, 3 from motor sports and 1 from athletics and cricket each.