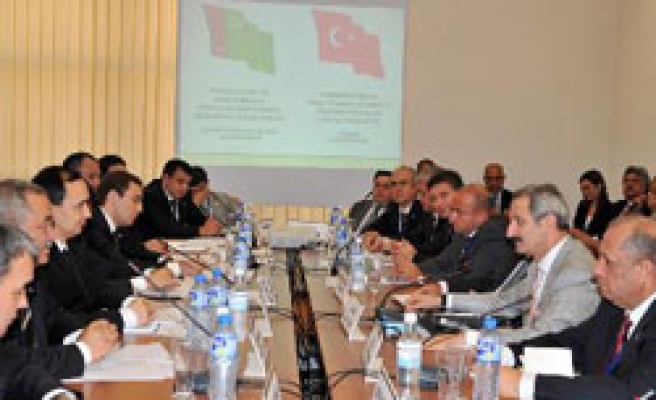 Turkish Foreign Trade Minister Zafer Caglayan was in Ashkhabad, Turkmenistan, on Monday for a series of trade events and formal talks.

Caglayan inaugurated a Turkish export products fair in the Turkmen capital as well as participating in a meeting of the Turkish-Turkmen Business Forum.

Speaking at the forum, Caglayan said construction projects commissioned by the Turkmen government played a major role for Turkish contractors to claim the world's the second largest share in terms of business volume in construction sector.

"Thirty-three Turkish construction firms have been named on a list of world's biggest construction companies. Our firms have made business worth of 170 billion USD in over 80 countries," Caglayan said.

Caglayan said Turkey attached great importance to "the balanced development" of business relations between the two countries, adding that Turkmenistan's exports to Turkey increased by 52 percent in the first half of this year.