The Turkish energy minister said on Friday that Turkey had already deserved to enter the European Union (EU) with its energy sector. 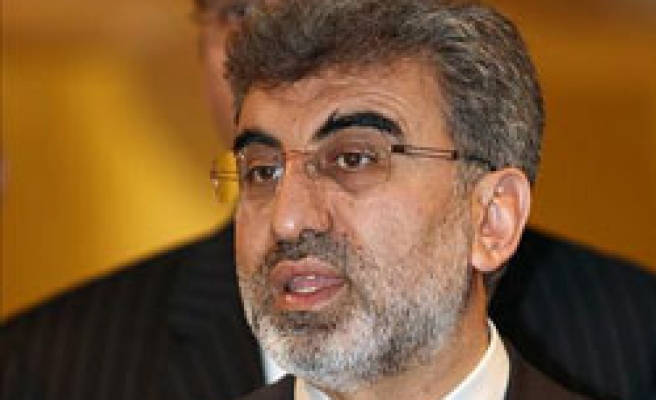 The Turkish energy minister said on Friday that Turkey had already deserved to enter the European Union (EU) with its energy sector.

Speaking at a meeting on International Energy Agency's (IEA) energy review on Turkey in capital Ankara, Turkish Energy & Natural Resources Minister Taner Yildiz said that
Turkey had developed numerous projects aiming at the solution of EU's problem regarding natural gas supply security, however, the energy chapter in its EU negotiation process had not been opened despite such efforts.

"Turkey, particularly with its energy sector, has already deserved to join the EU. I believe EU's not opening the energy chapter to negotiation stemmed from a 'political design mistake' within the union," Yildiz said.

Commenting on IEA's review on Turkey, Yildiz said the agency prepared reports on member countries every 4-5 years and Turkey's energy policies were criticized in IAE's latest review on the country.

Noting that energy productivity, renewable energy resources and nuclear energy were the primary issues in IAE's report on Turkey, Yildiz said natural gas had been the major topic in reviews prepared 10 years ago.

The minister said that Turkey would benefit from renewable energy resources till the end, however, it would use nuclear energy as well.

Noting that the 6 billion cubicmeter contract signed by Turkey's Petroleum Pipeline Corporation (BOTAS) and Russia would expire in 2011 and then be transferred to private sector, Yildiz said he expected such contract to draw a remarkable attention in the market.