Turkish Development Minister Cevdet Yilmaz said that Turkey targeted to have more than two trillion USD of national income by 2023. 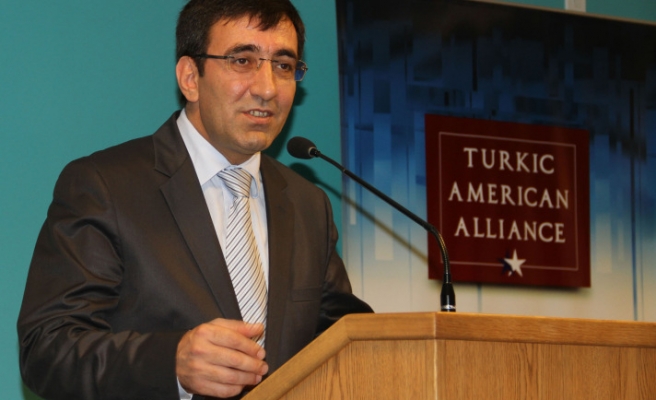 Turkish Development Minister Cevdet Yilmaz said that Turkey targeted to have more than two trillion USD of national income by 2023.

Speaking at Turkish-American Association in Washington on Saturday, Yilmaz said that Turkey recorded important success in economy in recent period, adding that Turkey tripled its national income in the last ten years.

Our economy was only 230 billion USD in 2002, and it will probably be 780 billion USD in 2011, said Yilmaz, adding that Turkey aimed to reach an export figure of 500 billion USD as well as more than 25,000 USD of national income per capita by 2023 which would be the 100th anniversary of the foundation of Republic.

All these can be fulfilled through better and more intense relations with the world, said Yilmaz, noting that the United States was one of the important partners of Turkey in this aspect.

Noting that although the U.S. was a big economy, the trade between Turkey and the U.S. was not on desired level, Yilmaz said that they could focus on developing direct investments and tourism. He added that Turkish community in the United States could be a bridge and contribute in developing relations between the two countries.

I believe Turkey and the U.S. had a common perspective, he noted.