Moody's new rating on Japan's debt is three notches below coveted AAA status, which Tokyo lost in 1998, but is still classified as high grade. 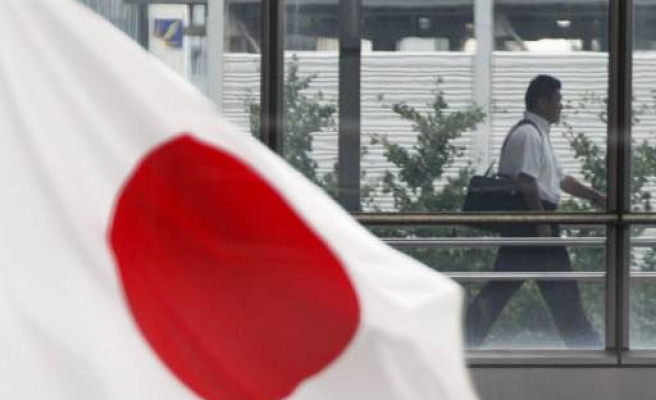 Moody's Investors Service cut its rating on Japan's government debt by one notch to Aa3 on Wednesday, blaming a build-up of debt since the 2009 global recession and revolving-door political leadership that has hampered effective economic strategies.

Japan is preparing to elect its sixth leader in five years to replace unpopular Prime Minister Naoto Kan, under fire for his handling of the response to a March tsunami and subsequent radiation crisis at a crippled nuclear power plant.

The downgrade, while not out of the blue, served as another reminder of the debt burdens that nearly all of the world's major advanced economies shoulder, even as policymakers struggle to agree on ways to stimulate sub-par growth without massive new spending.

The United States lost its top-tier AAA rating from Standard & Poor's earlier this month, and Moody's warned in June that it may downgrade Italy as Europe's sovereign debt crisis festers.

Moody's new rating on Japan's debt is three notches below coveted AAA status, which Tokyo lost in 1998, but is still classified as high grade. Japan is now the same level as China, which surpassed it last year to become the world's second-largest economy, and one notch below Italy and Spain.

"Over the past five years, frequent changes in (Japan's) administrations have prevented the government from implementing long-term economic and fiscal strategies into effective and durable policies," Moody's said.

Moody's had warned in May that it might downgrade Japan's Aa2 rating due to heightened concerns about faltering growth prospects and a weak policy response to rein in bulging public debt, already twice the size of its $5 trillion economy.

Finance Minister Yoshihiko Noda, a fiscal conservative who has joined the race to succeed Kan, refrained from direct comment on Moody's downgrade. But he said: "Recent JGB auctions have met favourable demand and I don't see any change in market confidence in JGBs."

Analysts said the downgrade was hardly a surprise and the reaction in financial markets was muted.

"I had expected that the rating cut would have taken place after the election for the leadership of the (ruling) Democratic Party of Japan. But looking at the candidates, there seems to be nobody among them who would seriously tackle financial reform, so that's why Moody's went ahead and cut the rating," said Yuuki Sakurai, CEO and president of Fukoku Capital Management Inc.

Japan's next leader has a mountain of challenges ahead, from battling a soaring yen and forging a post-nuclear crisis energy policy to rebuilding from the tsunami and reining in public debt, while paying for reconstruction and the bulging costs of an ageing society.

The March disasters knocked the economy back into recession, and the strength of an expected rebound later this year is being clouded by weak domestic and global demand and recent gains in the yen , which threaten export competitiveness.

The government on Thursday unveiled steps to help firms cope with the yen's recent rise to record highs, including a $100 billion emergency credit facility aimed at making it easier for Japanese companies to buy foreign firms.

It also said it would ask major financial firms to report on dealers' currency positions for the period to the end of September, an apparent attempt to curb speculation.

"We are watching more carefully than before whether there is any speculative activity in the market. We won't exclude any options and will take decisive action when necessary," Noda told a news conference to announce the government measures. Noda's chances of winning an Aug. 29 ruling party leadership race to pick Kan's successor dimmed this week after former Foreign Minister Seiji Maehara, who says beating deflation should be the top priority, reversed course and decided to run.

Most of the seven DPJ candidates eyeing the top job agree Japan must eventually raise its 5 percent sales tax to help fund the ballooning social welfare costs of its fast-ageing society.

Only Noda, however, favours raising other taxes soon to fund reconstruction of Japan's tsunami-devastated northeast region, and even he has been toning down that stance lately.

"While most people in the market believe Maehara is very likely to win the election, a swift policy response on debt problems is unlikely to come out soon," said Norihiro Fujito, senior investment strategist at Mitsubishi UFJ Morgan Stanley Securities in Tokyo.

Moody's said Japan needed to achieve 3 percent nominal growth in its gross domestic product to get the deficit under control and that a government plan to double the 5 percent sales tax by mid-decades was not bold enough.

The yen barely moved on the downgrade news, trading at around 76.7 to the dollar, while 10-year JGB futures <2JGBv1> were up 0.08 point at 142.63 at the end of the morning session after initially dipping into negative territory. Japanese stocks fell about 1 percent.

Moody's said the outlook for Japan's credit rating was now stable given the "undiminished home bias of Japanese investors and their preference for government bonds, which allows the government's fiscal deficits to be funded at the lowest nominal rates globally".

Byrne told Reuters that as a rule, the ratingsway

was not expected to change for 12 to 18 months.

The downgrade brings Moody's rating for Japan into line with rival agency Standard & Poor's, which cut Japan's rating in January to AA minus, the fourth-highest on its scale.

Moody's downgrade of Japan was its first since 2002, when it reduced the rating to A2, six notches from the top. It had upgraded Japan three times since then, with the last upgrade as recent as May 2009.

Persistent deflation and slow growth has shackled Japan's economy for years, reducing tax revenues available to the government, which has grown to rely on debt issuance to finance a large part of its budget.