Moody's kept BNP Paribas on review for a ratings downgrade saying the bank's profitability and capital base provided an adequate cushion to support its Greek, Portuguese and Irish exposure. 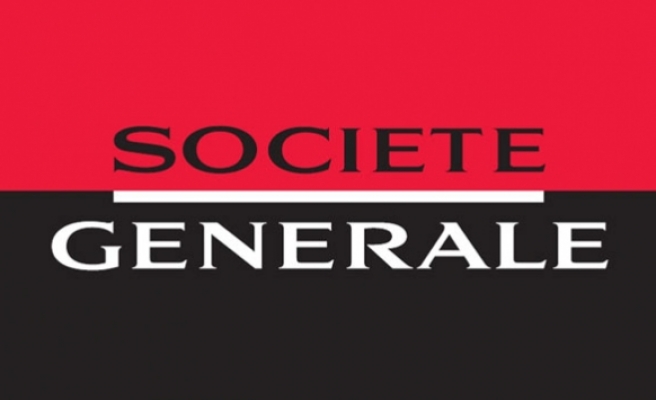 Moody's cut the credit ratings of two French banks on Wednesday because of their exposure to Greece's debt, highlighting growing risks to Europe's financial sector from the deepening euro zone sovereign debt crisis.

The one-notch downgrade of Societe Generale and Credit Agricole came hours before the leaders of Greece, France and Germany were due to hold a video conference on measures to head off a possible Greek default, which has prompted rising global alarm over the potential fallout.

China added its voice on Wednesday to U.S. concerns over Europe's apparent inability to stop the debt mess from growing, while Indian and Brazilian officials said major emerging economies were discussing increasing their euro debt holdings.

Moody's kept BNP Paribas on review for a ratings downgrade saying the bank's profitability and capital base provided an adequate cushion to support its Greek, Portuguese and Irish exposure.

Sarkozy told his cabinet France would do everything in its power to save Greece.

While Europe's leaders struggle to avert a first default in the 12-year-old single currency area, the head of the European Union's executive challenged them to prepare for a great leap forward in fiscal integration that would be deeply divisive.

In an emotional plea for closer union, particularly in the 17-nation euro area, Barroso told the European Parliament the only way to reverse the negative cycle in financial markets was to deliver deeper integration.

"Today I want to confirm that the Commission will soon present options for the introduction of eurobonds. Some of these could be implemented within the terms of the current treaty, and others would require treaty change," he told lawmakers.

"This will not bring an immediate solution for all the problems we face, and it will come as an element of a comprehensive approach to further economic and political integration," he said.

Chinese Premier Wen Jiabao said Beijing was willing to help its biggest trading partner, but added that Europe must stop the crisis -- which now threatens Italy -- from growing.

"What we have to take note of now is to prevent the sovereign debt crises from spreading and expanding further," Wen said on Wednesday in an apparent response to pleas to buy more euro zone government bonds.

A senior Indian offficial said finance ministers of Brazil, Russia, India, China and South Africa would discuss a Brazilian proposal to increase their holdings of euro zone bonds when they meet in Washington on Sept. 22.

Investors are increasingly sceptical that the 17-nation currency area will be able to resolve the debt crisis.

Credit markets are factoring in a 90 percent chance Greece will default on its debts and they demanded the highest risk premium on Italian five-year bonds at auction on Tuesday since the country joined the euro in 1999.

Parliament in Rome was expected to approve a 54-billion-euro ($73 billion) austerity package on Wednesday, although news of the measures has so far done little to stem doubts over whether the euro area's third-biggest economy can manage its debts.

Prime Minister Silvio Berlusconi's government has tabled a confidence motion which would force it to resign if it lost. An initial vote is scheduled for around 1200 GMT ahead of final approval of the austerity package around 1800 GMT.

Bank of France Governor Christian Noyer said the Moody's action on French banks was relatively good news, noting it put them on a par with other major European lenders regarded as healthy such as HSBC, Barclays and Deutsche Bank.

"It's a very small downgrade and Moody's had a higher rating than the other agencies so it's just put them on the same level or slightly better than the others," Noyer said.

Some analysts and industrialists say a combination of a Greek default and a financial meltdown in Italy could engender a banking crisis akin to the 2007-8 global credit crunch and risk tearing the euro zone apart.

"I think there is a possibility, if the wrong steps are taken, that the system goes off the rails," Sergio Marchionne, the CEO of Italian carmaker Fiat, said on Tuesday when asked if the euro's survival was at risk.

Merkel sought to quash talk of an imminent Greek default or exit from the euro zone after comments by members of her own coalition further unsettled markets.

Greece has said it will run out of cash within weeks unless it gets the next 8 billion euro aid tranche in October to pay wages and pensions.

In a measure of Washington's concern, Treasury Secretary Timothy Geithner will take the unprecedented step of attending a meeting of EU finance ministers in Poland on Friday -- his second trip to Europe in a week.

Geithner is likely to urge euro zone finance ministers to speed up ratification of changes to their bailout fund, but a U.S. official said he would not push for an increase in the fund's size.

Greece, Ireland and Portugal have all received EU/IMF rescue packages, but many see Italy as too big to bail out. Its public debt is equal to 120 percent of GDP, second only to Greece. Sluggish growth means Rome will struggle to whittle down its 1.9 trillion euros in debt.

"Italy is the key to contain this crisis. It is the last window of opportunity before a serious prospect of a meltdown of the euro," Domenico Lombardi, president of the Oxford Institute for Economic Policy and a senior fellow at Washington's Brookings Institution, said.