Moody's said any change in the Aa2 rating would likely be limited to one notch. 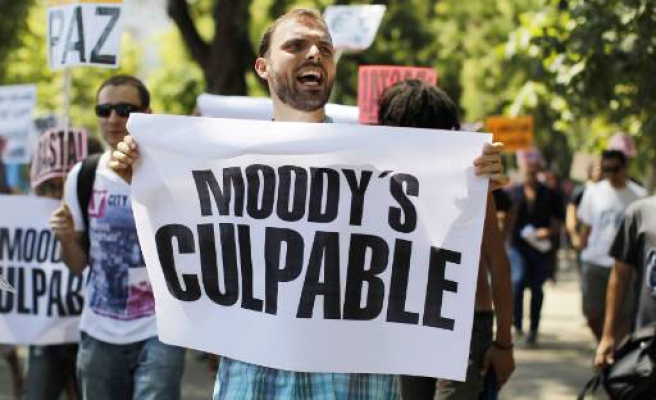 Rating agency Moody's on Friday placed Spain on review for a possible downgrade, citing weak growth and funding pressures, hitting the euro on concerns a Greek rescue package has not laid contagion fears to rest.

Moody's placed Spain's Aa2 government bond ratings on review for possible downgrade and said funding costs would remain high for the Spanish government in the wake of the Greek package which signalled a clear shift in risk for bondholders.

The package set a precedent for private sector participation in future sovereign debt restructurings in the euro area, Moody's said.

"The rating agency ... notes that challenges to long-term budget balance remain due to Spain's subdued economic growth and fiscal slippage within parts of its regional and local government sector," the agency said in a statement.

International investors are concerned the euro zone's fourth largest economy, hamstrung by anaemic growth rates and high unemployment, will fail to put its fiscal house in order and need a Greek-style bailout, nervousness which has sent bond yields to their highest level in over a decade.

The Spanish government has set a deficit target of 1.3 percent of gross domestic product for the 17 regions for this year and next, but some of their new governors say this will be impossible due to previous leaders' fiscal mismanagement.

Moody's current AA2 rating for Spain is in line with S&P's AA setting, while Fitch has the country one notch higher at AA+. All had negative outlooks.