Morocco to tender for 2 solar plants

Morocco's Solar Energy Agency (Masen) has chosen parabolic mirror technology for the 200 MW concentrated solar plant, and the 100 MW plant will also be built as a solar power tower, the sources said. 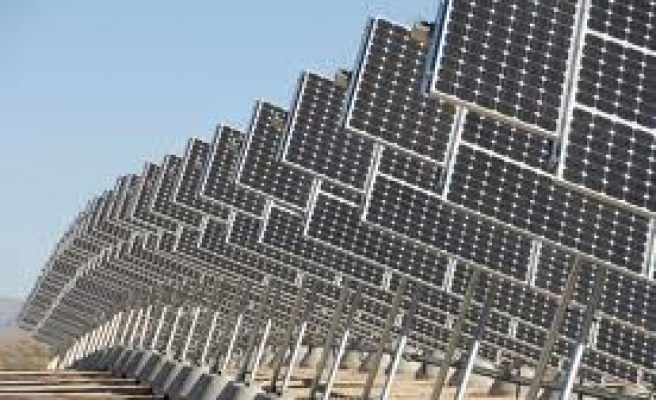 Morocco will launch tenders by the end of September for construction of two concentrated solar power plants of 200 megawatts and 100 MW near the southern city ofOuarzazate, government and banking sources said.

Saudi Arabia's Acwa Power is already building a 160 MW plant in the Ouarzazate area under a government initiative to produce 2 gigawatts of solar power by 2020, which is the equivalent of about 38 percent of Morocco's current installed generation capacity.

Morocco's Solar Energy Agency (Masen) has chosen parabolic mirror technology for the 200 MW concentrated solar plant, and the 100 MW plant will also be built as a solar power tower, the sources said.

"The capacity ... will depend on the contractors, who could bid for more than the announced capacity, especially with the 100 MW tower which could reach 200 meters, the highest tower ever seen inMorocco," one of the sources said.

Acwa Power won the contract for the first plant last year after offering a price of 1.62 dirhams ($0.19) per kilowatt/hour that it produces from the plant.

State power utility ONEE has also agreed with international lenders to build around 10 solar photovoltaic plants around the country to generate 30 MW each to help stabilise its electricity network as it faces growing demand.

The World Bank's Clean Technology Fund, the European Investment Bank and German state-ownedKfW Bank have given their initial agreement to help finance the project, with the official announcement expected in the coming weeks, the sources said..

Last week, Chinese firm Sepco III signed a contract to build a 318 MW coal-fired plant in Morocco, which is seeking to diversify production and export electricity to energy-hungry Europe.

Morocco is spending heavily to subsidise power producton. It currently imports power from Spain as its consumption grows by around 7 percent year.

The use of Fresnel mirrors instead of parabolic mirror should be more cost effective.