Mozambique police were on high alert on Sunday on reports fresh protests over soaring bread prices might erupt in the capital. 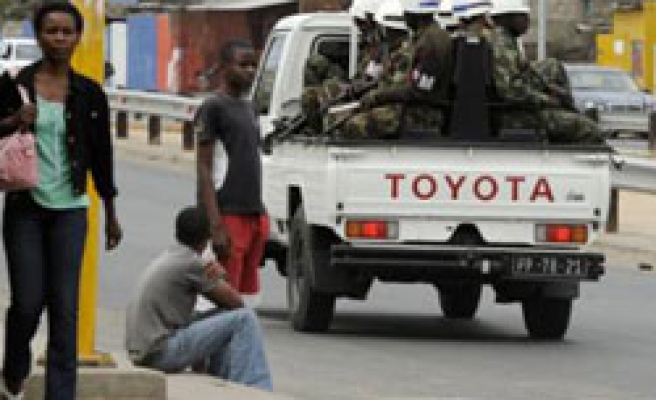 Mozambique police were on high alert on Sunday on reports fresh protests over soaring bread prices might erupt in the capital following demonstrations last week that left ten dead and hundreds injured.

Opposition parties and human rights groups have criticised the government, saying it failed to gauge the anger that would be unleashed by the bread price rise and other increases in water and electricity tariffs.

Riots erupted in the southern African state on Wednesday after the government raised bread prices by 30 percent in one of the world's poorest countries, saying the increase was a consequence of higher global wheat prices.

After two days of looting and street battles with police last week, there was relative calm at the weekend but police expecting more demonstrations have now increased their presence in the capital.

"Police are aware of the rumour of the strike (protest). We don't want a replica of the recent incident," said Arnaldo Chefo, police spokesman of Maputo city command.

Disturbances saw 10 people killed and 443 injured in the deadliest riots since at least eight people died in 2008 in violence over price increases.

The dead included two children who were killed when police fired on protesters who blocked streets, set tyres alight and looted stores in the deadliest riots to hit the southern African country of 23 million since 2008.

Although Mozambique is one of the fastest growing economies in Africa, it has never fully recovered from one of Africa's bloodiest civil wars, which ended in 1992, and it has a 54 percent unemployment rate.