Murcia next Spain region in spotlight for aid 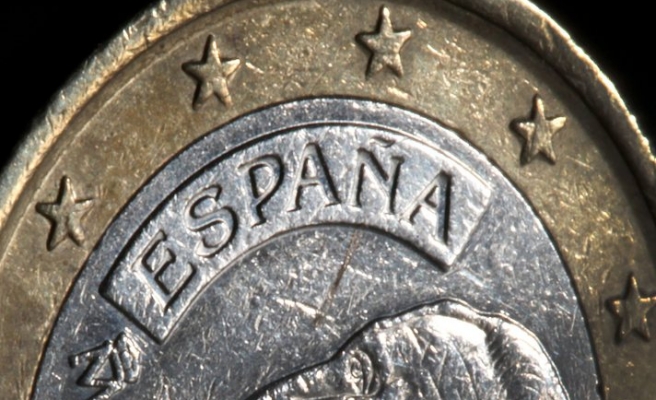 Tiny Murcia was on course on Sunday to be the second Spanish region to request help from the central government to keep it afloat, as media reported half a dozen local authorities were ready to follow in the footsteps of Valencia.

How Spain's 17 indebted autonomous regions, locked out of international debt markets, refinance 36 billion euros in debt this year has been a major source of concern for investors ever since they missed deficit targets last year.

Asked in a Q&A newspaper interview whether Murcia planned to tap the fund created, the head of the local government, Ramon Luis Valcarcel, answered "of course", and added that he hoped it would be available for September.

"Nobody should think this money is a gift, the conditions are going to be very tough," he was quoted as telling the paper. "To give you an idea, between 200 to 300 million euros would be asked for. But I don't know yet."

Murcia, with a population of 1.4 million on Spain's hot south-eastern coast, later on Sunday sought to row back from the comments, saying in a statement that it was studying the possibility of using the funding mechanism but had not made a decision.

A statement by the region said that Valcarcel had been talking about "Hispanobonos", another funding mechanism that would involve mutualising regional debt which has been discussed as a possible option for the indebted regions.

But that measure has not yet been put in place and Murcia must repay 430 million euros in loans in the second and third quarters of 2012 with cash running short.

Spanish media believe six regions will now reach out for help after the announcement by the heavily indebted eastern region of Valencia spooked financial markets on Friday, complicating Madrid's efforts to stave off a full-blown sovereign bailout.

On a tumultuous afternoon, the government also cut its economic forecast for 2013, indicating Spain would stay mired in recession well into next year after a contraction expected at 1.5 percent in 2012.

That slump, which has left almost half of those under 25 out of work, has hammered revenues for regions who overcommitted in Spain's credit-funded real estate boom over the past decade.

Media reports also listed Catalonia, Castilla La Mancha, the Balearics, the Canary Islands or Andalucia as being likely candidates to make use of the aid mechanism.

Catalonia, the biggest of Spain's regions by gross domestic product also has the highest debt. It said this week it had not decided whether to tap the funding mechanism or not, though it is an increasingly likely candidate.

"We're working very hard to pay bills normally but the pressure on our treasury is very high because the markets are closed," Andreu Mas-Colell, Catalonia's Economy Minister told Italy's La Repubblica newspaper in an interview.

In May, the Catalan President Artur Mas said the region was running out of options for refinancing debt this year, and Catalonia has long been calling for the creation of a funding mechanism to help the regions.