Muslims and the Left Wing in Europe

The reflection of Syriza’s increase in votes throughout Greece is remarkable however what remains is the left wing's sucess against neo-liberal policies? 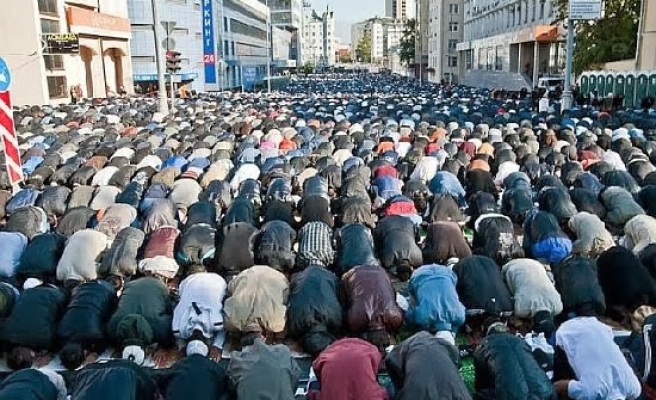 The Syriza Party, which is presented as a radical left wing, however whose populist left-wing character comes to the foreground when the election pledges are observed, will be talked about a lot, especially in the EU. It’s the success of a party that managed to meet with the public’s reaction against developmentalist policies, in which the middle class had collapsed and the austerity policies are burdened on the large masses, and unemployment….. At the same time, the communal accumulation, which came to life by the complete collapse of the central political parties….

Is it the left wing’s success against neo-liberal policies?  If it is, then it is still too early for questions like; “what alternative will it bring forth when they sit at the table with the EU and the global financial system?” or “What will be left from the left-wing expression?” Especially, it’s not that hard to guess that the EU is making plans on how to tame this movement, which they are not happy with.

The reflection of Syriza’s increase in votes throughout Greece on Western Thrace is remarkable. There are three Turkish parliamentarians in Greece’s parliament and two of them are from the Left-Wing Syriza. At the first glance, it could be thought as the reflection of the election average.

However, there is a matter here that should be taken into consideration; the case of the Turkish and Muslim community in Western Thrace, with their conservative structure, preferring a party, whose leader is an atheist.

From the point of Greece and especially the political sociology of the Western Thrace Muslims, a point, which is related with the overall of Europe being independent from how it affects their preferences, is in question.

The political preference of the Western Thracians, as a Muslim minority, is actually presenting a parallelism with the overall attitude of Muslim minorities in Europe. And this preference is presenting common features in every country as a general tendency.

As the Muslim minorities, who arrived in Europe as an immigrant work force, acquired the right to vote, in other words, as they became settled, it shouldn’t be a coincidence that they started to generally prefer left-wing parties. A mass, which is trying to receive compensation for their work in Western communities as a Muslim minority, then trying to reside there but meanwhile prioritizes protecting their Muslim identities, is in question.

Whether they come from Maghreb, or a black African, or from the Indian subcontinent, or from Turkey, they have the same problem to confront. Unfortunately, they don’t have much choice.

When you divide a community with sharp lines like, West-East or Muslim-Christian, the tendency to see monoblocs might preponderate. No matter how much they identify their existential identities as Muslim, it’s clear that, in the lower levels, this mass is surrounded with local practices in their political and communal preferences and that different factors come into play. Besides, without an organization, deprived from the country's support, foreign and weak, they are giving up the struggle to stay standing in an environment of socio-economic and cultural hegemony. We are talking about a mass, which in time, as they become residents, tries to form areas within their foreign lives where they can protect themselves and keep their beliefs alive or penetrate what’s different and even articulate it.

When we look at the overall political preferences, ranging from France to Germany, Britain to Northern Europe; we see that center-left and even liberal left-wing parties are preferred more than conservative right-wing parties. Moreover, it’s also not a coincidence that an important part of the ones, who are visible with their Islamic identities, other than minorities that had integrated, are conducting politics in active politics or in these type of parties.

Europeans’ attitude towards foreigners, the discrimination in corporal relations and exclusive attitude in social fields, despite all the legal regulations, are still valid. It’s not only extreme-right movements that reflect their settled European reflexes and subconscious in politics. There are also conservative right-wing parties that do that. When the Muslims are the point in question, in the Europeanism definition, even if it’s an atheist, the approach that is based on historic roots that don’t disintegrate from the Christian culture or values will be reflected on politics. When the Muslims’ special requests are the point in question, on top of having tons of differences, the left-wing and right-wing parties’ reactions will start to look alike.

In that case, because of practical reasons, the Muslim minorities become familiarized with the equalizing expression of the left-wing parties, which voices the rights of minorities. This preference is not an organized or directed preference overall. After all, Muslims don’t usually have strong structures that have a social tissue to organize such preferences.

This preference, which seems to be contradicting at first, will be useful to Muslims in the sense of voicing some rights; however, it will not prevent them from getting into a tight corner in ethical and principal matters.

For example, in cases, where the conservative structure is strong and hierarchic schemas like congregation or institutionalization is valid, this contradiction might even become a matter of argument from time to time. Despite expressions within the frame of the left-wing parties’ relation with beliefs, such as sexual freedoms, which don't correlate with their Muslimism, why are political choices like the Labor Party in Britain or the Greens in Germany preferred?

We can say that this is related more with the practical expectations rather than ones of principal. Even a more sensitive approach towards experienced nuisances can be a reason for political preference.

However, in the end, what’s being done in a narrow field always exceeds the political pragmatism. Not many of the cunning politicians' pledges, which were given over their vote plans, find the opportunity to reflect the central or local administrations. At the point, where the Europeanism notion and Europe’s values collide with Muslimism, Muslims no longer possess the chance to speak.

However, in environments, where the second and third generations have the chance to be involved in active politics, the immigrants’ kids are able to be involved in politics. Even though there are different local implementations, most of these representations come from people, who have already distanced themselves from Muslims and assimilated in the name of integration.

Weird examples of these types of people turn into representatives, who are against Islamic values more than the Europeans and even hate those values. In the matter of the head scarf, some of the hate expressions of the representatives of the new generation in France and Germany, who are Muslim rooted, are known to everyone.

This reminds us of the tragic story of the seven sons of an Eastern father, who sent them to the West, in Sezai Karakoç’s “Fable” poem.