Bangladesh on Thursday nearly double the minimum wage for millions of workers in the key export garment industry. 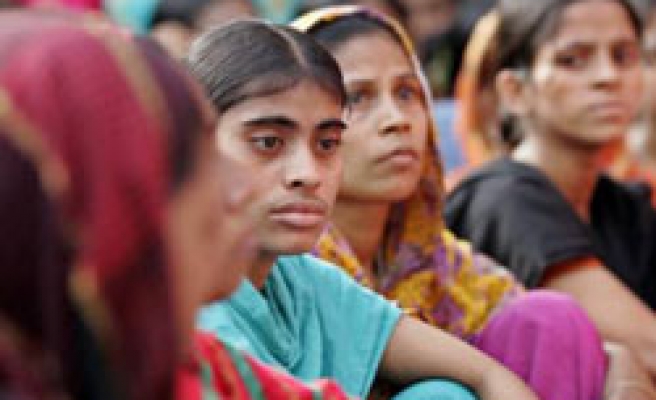 Bangladesh on Thursday nearly double the minimum wage for millions of workers in the key export garment industry, but the raise is unlikely to end weeks of protests that have disrupted production.

The increase will take effect on November 1, 2010, Mosharraf said.

These are Bangladesh's biggest export, accounting for more than 80 percent of the impoverished country's annual export earnings of $16 billion, but garment industry workers earn wages well below the poverty line.

Workers' unions, which took part in discussions with a government-appointed wage board this week, have repeatedly said they would not accept any wage increase below the 5,000 taka they have demanded.

Factory owners are also unhappy about the increase, saying it would cut into their profits.

Dozens of workers were injured in clashes with police last month at protests over salaries and working conditions that disrupted production at several factories.

Garment factory owners, at a meeting on Wednesday, set conditions for agreeing to the higher wage, including suspending bonuses usually given during festivals. It was not clear if the government had accepted any of these conditions.

"We would like to pay the higher wages as we are being pressed by the workers and the authorities," Abdus Salam Murshedy, president of Bangladesh Garments Manufaturers and Exporters Association, said before the minister's announcement.

But for this to be possible, Murshedy said factory owners want the government give them subsidies and cash incentives, as well as lower taxes.

The garment sector is Bangladesh's second biggest employer after agriculture, with about 4,500 factories employing about 3.5 million workers, with many toiling in dangerous conditions.

Earlier this month, Prime minister Sheikh Hasina told parliament that garment workers' wages were "not only inadequate but also inhumane."

"It will not bring any solution to the problems nor will it be helpful to lift the image of the country. With this minimum wage it is not possible for someone to make living for himself, let alone support his family," Majumdar said.