Over the past 14 months, the total number of people out of work in the currency area has risen by almost 2 million people, according to Eurostat. 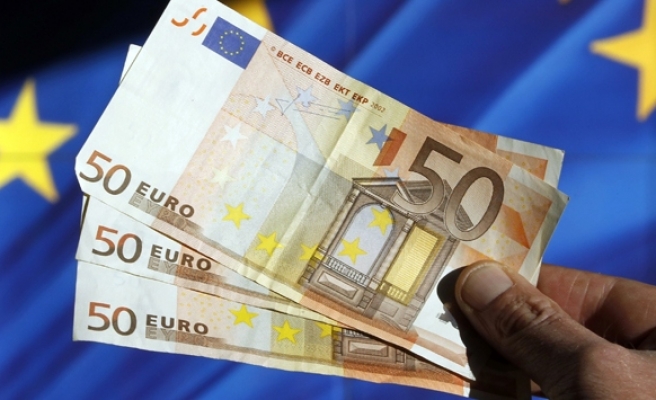 Joblessness in the euro zone rose to a new record high in May, pushed up by lay-offs in France, Spain and even stable Austria, as the 2-1/2 year debt crisis continued to eat away at the currency bloc's fragile economy.

Around 17.56 million people were out of work in the 17-nation euro zone in May, or 11.1 percent of the working population, a new high since euro-area records began in 1995, the EU's statistics office Eurostat said on Monday.

"Unemployment will continue to rise until we see an improvement in the economy, and that may not be until next year," said Steen Jakobsen, chief economist at Saxobank. "The next few months are likely to constitute a low in the growth cycle," he said, predicting the euro zone's economic output to show a contraction in the July-to-September period.

Economists at ING see unemployment reaching as high as 12 percent if European manufacturing does not stage a recovery.

European leaders agreed a growth and jobs pact to inject 120 billion euros ($152 billion) into theEuropean Union's economy at a summit last week, but economists say only economic reforms and resolution of the debt crisis can end the downturn.

"Since the total size of the envelope is small and much of it involves reallocation of existing funds rather than 'new' money, the resulting effect on growth is likely to be very limited," Citigroup wrote in a note to clients on Monday.

Over the past 14 months, the total number of people out of work in the currency area has risen by almost 2 million people, according to Eurostat.

Many economists expect the European Central Bank to cut interest rates, possibly as early as this week, to boost lending to the euro zone's economy after the bloc's leaders agreed at their summit inBrussels to help stricken banks and try to bring down unaffordable borrowing costs for Spain and Italy.

Investors welcomed the summit decisions, sending the euro higher last Friday, but the problem of falling economic sentiment remains, and confidence in the euro zone in June fell to lows last seen during the global financial crisis of 2009.

Companies in the euro zone have frozen or cut back spending as concerns about the future of the currency bloc saps confidence and in turn pushes them to keep labour costs down.

Weak demand from European households, as well as from the United States and Asia, is also taking a toll. A German-led drive to cut deficits is forcing governments to shrink spending.

"Germany, Austria and Finland are the only euro zone countries where the unemployment rate has declined over a one year period," said Dominique Barbet at BNP Paribas.

In May, unemployment rose by a tenth of a percentage point in France, the euro zone's second largest economy, to 10.1 percent, while joblessness in Spain, the worst in the bloc, rose again to 24.6 percent from 24.3 percent in April.

Deep in recession and struggling to cut its fiscal deficit to EU targets, Spain was the fourth euro zonecountry to ask its euro zone partners for a bailout last month to save its banks.

Even in wealthier Austria, the number of people out of work ticked up by two tenths of a percentage point to 4.1 percent in May, although that puts unemployment back at January levels.

The downturn is also revealing the effects of overly rigid labour laws, where the wage-setting process takes too long, job protection is excessive and working hours are inflexible, shutting talented youngsters out of the market.

Partly as a result of that, youth unemployment rose to 52 percent in both Spain and Greece in May, Eurostat said.