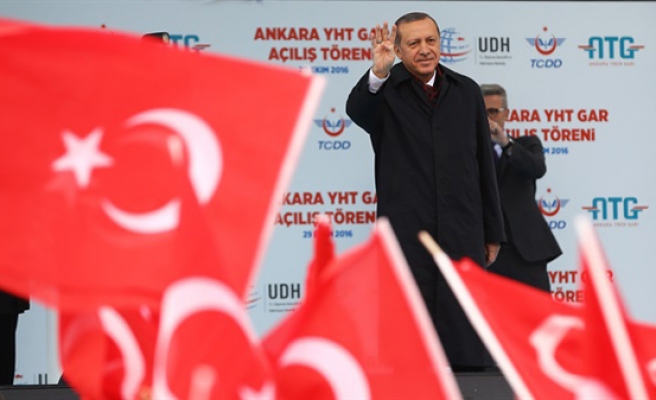 A new station for high speed trains in the Turkish capital Ankara was inaugurated Saturday afternoon.

On the country's national day, the 93rd anniversary of the founding of the Turkish Republic, the station’s opening ceremony was attended by President Recep Tayyip Erdogan, Prime Minister Binali Yildirim and various state officials.

According to Turkish State Railways (TCDD), which is responsible for the country's railway operations, the new station is capable of providing services to 50,000 passengers daily.

The new station, which is located close to the city center, can be accessed through underground and ground lines and also has car park with a capacity of more than 900 vehicles.

The $235 million train station, which was built in two years, is among a set of leading infrastructure projects planned as part of a series of objectives for the country's centennial in 2023.