Condemnation comes after US sanction of 3 N.Korean officials, for alleged human rights abuses and censorship 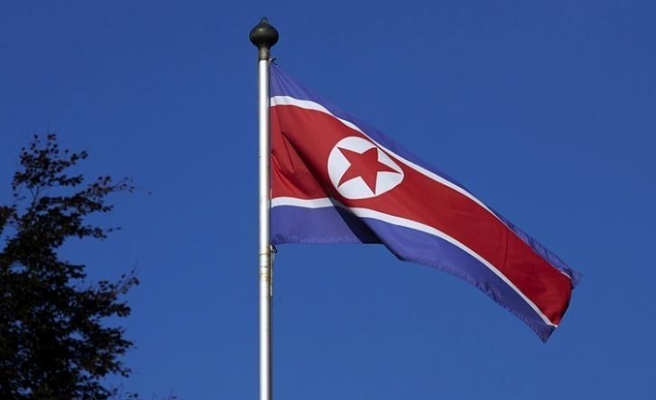 "Recently, the U.S. is resorting to anti-DPRK human rights plot in such a way that it carries deliberate provocation by adding high-ranking government officials of the DPRK, a sovereign state, to its unilateral sanctions list, while taking issue with the non-existent human rights issue," North Korea's foreign ministry said in a statement published on Pyongyang's state-run KCNA news agency.

Describing it as "vicious anti-DPRK hostile action", the statement said the sanctions would "block the path to denuclearization on the Korean peninsula forever - a result desired by no one."

"If they are a sort of diplomats of "only superpower", they should at least realize from the past record of the DPRK-U.S. relations that sanctions and pressure would not work against the DPRK," it said.

"It will count as greatest miscalculation," the statement continued.

The statement also warned that the deterioration of the situation that might be incurred by the hostile actions of the U.S. Administration would not be beneficial for "peace and security of the Korean peninsula and beyond."

Recalling the rows between North Korea and the U.S. last year "which was marked by exchanges of fire", the statement further warned the U.S. "before it is too late that maximum pressure would not work against us and take a sincere approach to implementing the Singapore DPRK-U.S. Joint Statement."

Jong Kyong Thaek was blacklisted alongside Choe Ryong Hae, whom the Treasury Department said is the director of North Korea's Organization and Guidance Department.

Washington also designated Pak Kwang Ho, whom the U.S. said is the director of North Korea's Propaganda and Agitation Department.