The reclusive state's economy expanded by a real 0.8 percent in 2011, estimates by South Korea's central bank showed on Sunday 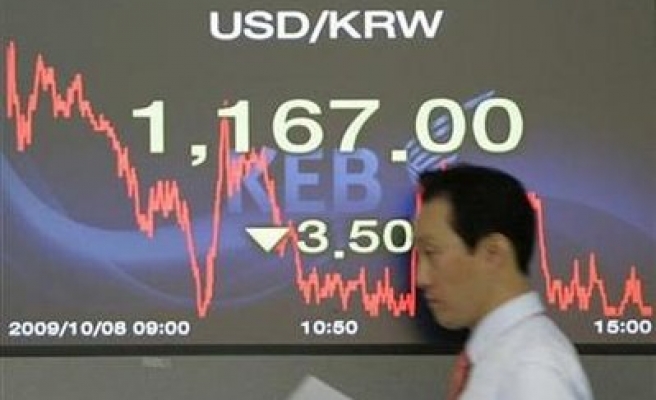 North Korea's moribund economy posted rare growth last year on robust harvests and a flurry of building activity in the capital Pyongyang, but it still remains one of the world's poorest and least developed states, an official report by the South shows.

The reclusive state's economy expanded by a real 0.8 percent in 2011, estimates by South Korea's central bank showed on Sunday. It was only the second time in the past six years the closed economy has expanded.

North Korea's economy, which a few decades was the envy of its neighbours, went into freefall with the collapse of its main benefactor, the Soviet Union, in the early 1990s. The North now relies heavily on China for economic and political support.

The North has been further isolated and squeezed by international sanctions, imposed for its nuclear and missile programmes.

Despite the rare economic growth, per-capita income in the country with a 24.3 million population stood at just 1.334 million South Korean won, or less than $1,200 when converted into the latest value of the South Korean currency, the Bank of Korea in Seoul said.

In nominal terms, the size of economy was estimated at 32.4 trillion South Korean won ($28.54 billion), or less than 3 percent of South Korea's, it said.

The North does not release any official data and estimates by the South, one of the Group of 20 major economies, are widely used in the international community.

Growth in 2011 was led by the agriculture, fishing and forestry industries which expanded by 5.3 percent after a 2.1 percent decline in 2010, thanks to good weather conditions and increased use of fertiliser, the estimates showed.

Construction also grew a sharp 3.9 percent in 2011 after a 0.3 percent gain in 2010, owing to projects to modernise housing conditions in Pyongyang.

Pyongyang went on a building spree to mark the 100th anniversary this year of the birth of founder Kim Il-sung -- including building 100,000 new homes in the capital.

The Bank of Korea makes its estimates of North Korea's economy based on data collected from private specialist institutions and releases the figures after going through cross-checking sessions with experts outside of the bank.

The North has suffered chronic food shortages for about two decades due to mismanagement, isolation and natural disasters, making it dependent on foreign donors to fill the food gap.