Norwegian oil company Statoil and Shell won an exploration license in the southeastern part of Algeria. 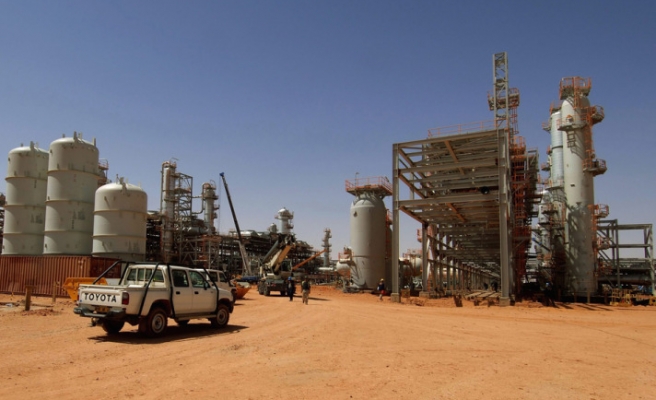 Statoil and Shell won a new license to explore for oil in the southeastern part of Algeria, Norwegian oil giant said on Tuesday.

The Norwegian oil giant and the Anglo–Dutch multinational oil and gas company were awarded the Timissit permit licence in the Illizi-Ghadames Basin onshore Algeria, on Tuesday. The license covers an area of 2,730 square kilometers, announced company in a press release.

The exploration will be operated by Statoil, which holds 30 percent stake in the partnership. Shell holds 19 percent equity and the remaining 51 percent will be held by Sonatrach, an Algerian government-owned oil and gas company.

"Statoil is entering this shale play to test the prospectivity and commerciality. The first exploration phase in Algeria is expected to last up to 2017 and include the drilling of two wells and seismic acquisition," said Nick Maden, senior vice president for Statoil's exploration activities in the Western Hemisphere.

Statoil already has projects in Algeria and announced a joint venture partners decision to resume ordinary operations at the "In Amenas", a town in eastern Algeria, in the first days of September 2014. The decision of Statoil to resume ordinary operations at "In Amenas" was a result of step by step process to identify the necessary security measures, implementing them and validating that they are in place and operational, stated Statoil.

The Norwegian company's "In Amenas" plant faced a crisis on 16 January 2013. The plant was the target of a terrorist attack and five of the Statoil employees were killed. In total 40 people were killed and four days after the attack, the Algerian special forces conducted a raid. More than 750 people were freed.

Statoil is also involved in the gas fields in Salah and Hassi Mouina in Algeria.

Salah, Algeria's third largest gas field is jointly operated by Statoil, BP and Sonatrach. The field's production capacity is 9 billion cubic meters (bcm) per year. Also, in Hassi Mouina, Statoil has completed an exploration programme which led to the discovery of dry gas both in the Northern and Southern parts of the license area. The gas discoveries are being evaluated for a possible development.

Algeria is the leading natural gas producer in Africa and holds the world's tenth-largest amount of proved natural gas reserves and the third-largest technically recoverable shale gas resources, according to EIA. The country produced 78.6 bcm of natural gas in 2013.