Obama calls on CEOs to take on long-term jobless

Obama has tried, but so far failed, to convince Congress to extend jobless benefits for people who have been seeking work for more than six months. 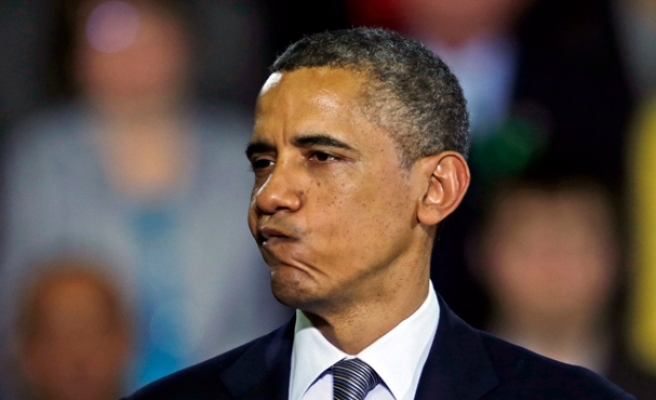 President Barack Obama on Friday took steps to get businesses and the federal government to hire more of the long-term unemployed, part of his initiatives to get the jobless back to work.

"Just because you have been out of work for a while does not mean that you are not a hard worker," the president said at an event at the White House. "It just means you had bad luck or you were in the wrong industry or you lived in a region of the country that's catching up a little slower than others in the recovery."

The president met with the leaders of more than 20 big companies which have agreed not to discriminate against the long-term unemployed and signed a memo directing government agencies not to use long-term unemployment as a basis for denying someone a job.

"It's a cruel catch-22," the president said. "The longer you're unemployed, the more unemployable you may seem."

The companies whose leaders Obama met are among about 300 which have agreed to a one-page list of best practices for recruiting people who had been without a job for six months or more, a group which has struggled to find work despite an improving economy.

"It's saying that those who are long-term unemployed should get a fair shot," said Gene Sperling, Obama's top economic advisor.

The U.S. jobless rate has remained stubbornly high at 6.7 percent, but Sperling told reporters the rate would be closer to 5 percent were it not for the barriers to finding work for the long-term unemployed.

"We are trying to address what we feel is the heart of that negative cycle, which is the potential stigmatization of people merely for the sake that they are long-term unemployed," said Sperling, director of the National Economic Council.

The meeting follows a promise by Obama to take steps to improve the economy despite a reluctance by Republicans in Congress to agree with other parts of his plan.

Among those attending are the chief executives of eBay Inc , Boeing Corp, Bank of America Corp, McDonald's Corp, Marriott International and Walgreen Co, among others, the White House said in a statement on Friday ahead of the gathering.

Obama has tried, but so far failed, to convince Congress to extend jobless benefits for people who have been seeking work for more than six months.

Benefits for 1.6 million Americans have expired since the end of 2013, numbers that could swell to 4.9 million people by the end of 2014 unless legislation is passed.

The researchers used 12,000 fictitious resumes to respond to real job openings in 100 cities. Some of the invented candidates had been "unemployed" for only a short period, while others had been out of work for months - but their work experience, education and demographics were identical.

Applicants who had been out of work for eight months had 45 percent fewer callbacks from employers: "fairly decisive evidence that merely the status of being long-term unemployed serves as a disadvantage," Sperling said.

A second study from the Massachusetts Institute of Technology found that someone unemployed for one month will get one interview on average for every 10 job applications, while someone out of work for seven months has to send 35 resumes to get just one interview.

"It's very demoralizing to send out hundreds of resumes and not get an interview," Sperling said.

Sperling began talking to business leaders in May about the issues and he and Obama adviser Valerie Jarrett began approaching businesses directly in late 2013 about committing to review screening of resumes and other hiring practices that shut out the long-term unemployed.

"He responded directly by email to say he thought this was a strong idea," Sperling said.

He also will announce $150 million in grants for public-private programs that help match the long-term unemployed with local employers. LinkedIn, a social networking website focused on jobs, has signed on to help programs identify potential candidates, the White House said.

The White House said it did not have a projection of how many unemployed might land an interview because of the changes.