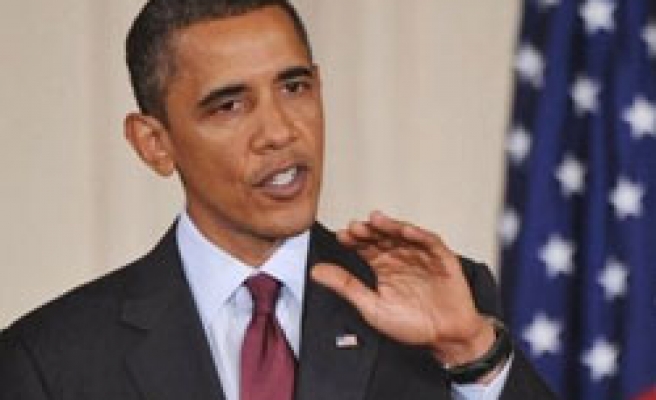 President Barack Obama criticized Republicans on Saturday for supporting economic policies that "created this mess in the first place" as he tried to raise election-year doubts about his opponents.

Obama used his weekly radio and Web address to promote his own prescriptions for the ailing U.S. economy a day after his administration projected the U.S. jobless rate could average 9.7 percent this year and 9 percent in 2011.

He said an overhaul of financial regulations he signed on Wednesday would help prevent the type of reckless Wall Street behavior that triggered the 2008 financial meltdown. He said tax cuts for small businesses and efforts to promote job growth in the clean energy sector would pay dividends.

"Now, I can't tell you that this plan will bring back all the jobs we lost and restore our economy to full strength overnight," Obama said. But he said the country was heading in the right direction.

Americans weary of recession go to the polls on Nov. 2 to elect 435 members of the U.S. House of Representatives and 37 members of the U.S. Senate. Both parties anticipate Republicans will pick up seats against Democratic majorities in both chambers and could win the House.

The White House wants to extend tax cuts for the middle class but end the reductions for the wealthy.

"I am confident that we are finally headed in the right direction," Obama said. "We are moving forward. And what we can't afford right now is to go back to the same ideas that created this mess in the first place."

A CNN-Opinion Research poll released on Friday said 42 percent of Americans approved of Obama's handling of the economy, compared with 57 percent who disapproved.

"I know times are tough, I know that the progress we've made isn't good enough for the millions of Americans who are still out of work or struggling to pay the bills," he said.

He said Americans needed to rekindle a spirit of optimism to get through a time of great challenge and difficulty and not be afraid of the future.