Obama said "The decision on who will succeed Ben is one of the most important economic decisions I’ll make as President." 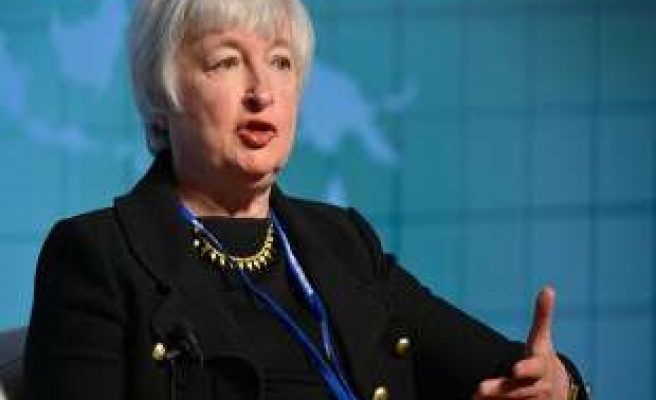 US President Barack Obama announced Wednesday his nomination of Janet Yellen to take the reins of the US Federal Reserve from incumbent Ben Bernanke whose term ends in January of next year.

“I think everybody understands that we still have a lot of work to do to rebuild the middle class, but we’ve made progress,” said Obama. He added that he is nominating “One of the nation’s foremost economists and policy makers, current Vice-Chairman Janet Yellen.”

If confirmed by the US Senate, Ms Yellen would be the first woman to assume the chairmanship of the Federal Reserve, or Fed, in its 100-year existence. She has served as Vice Chair of the Fed since 2010. Ms Yellen holds a PhD in Economics from Yale University.

Speaking after President Obama, Ms Yellen said that much work remains to be done in America's financial recovery.

“While we have made progress, we have farther to go. The mandate of the Federal Reserve is to serve all the American people. And too many Americans still can’t find a job, and worry how they’ll pay their bills and provide for their families. The Federal Reserve can help if it does its job effectively. We can help ensure that everyone has the opportunity to work hard and build a better life. We can ensure that inflation remains in check, and doesn’t undermine the benefits of a growing economy. We can, and must, safeguard the financial system,” said Ms Yellen.

President Obama emphasized the severity of the decision to nominate Yellen, saying that it was “one of the most important economic decisions I’ll have to make as President.”

He also commended standing Fed Chairman Ben Bernanke for his work in boosting America out of its economic downturn, saying “For nearly eight years, Ben has led the Fed through some of the most daunting economic challenges of our lifetime.” Mr Obama added, “Thanks to [Mr Bernanke], more families are able to afford their own home, more small businesses are able to get loans to expand and hire workers, more folks can pay their mortgages and their car loans. It’s meant more growth, and more jobs.”