Obama will seek to energize his Democratic supporters with a vow to shield middle-class social insurance programs from large-scale cuts when he delivers remarks in the White House Rose Garden at 10.30 a.m. 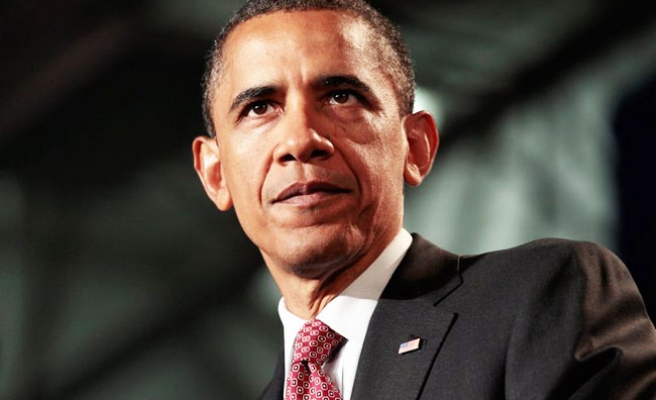 President Barack Obama will release a plan on Monday calling for more than $3 trillion in deficit cuts over 10 years, with roughly half of the savings coming from higher taxes on the wealthy and big corporations.

Obama will seek to energize his Democratic supporters with a vow to shield middle-class social insurance programs from large-scale cuts when he delivers remarks in the White House Rose Garden at 10.30 a.m. (1430 GMT).

Those ideas are part of a blueprint Obama will send for consideration by a congressional "super committee" tasked with finding at least $1.2 trillion in savings over a decade.

Following are the highlights of Obama's plan:

The plan would raise $1.5 trillion from changes to the U.S. tax code, according to two officials who previewed Obama's recommendations for reporters. Of that, $800 billion in savings would come from allowing President George W. Bush's tax cuts for wealthy Americans to expire.

Another $700 billion would come from ridding the tax code of special breaks. Obama has proposed limiting deductions for higher-income households and eliminating breaks for oil and gas companies and firms that purchase corporate jets.

In a populist step designed to appeal to voters, Obama would require millionaires to pay higher taxes. He has called that idea the "Buffett Rule" because it is based on a suggestion put forth by billionaire Warren Buffett, an ally of the president. Buffett has written that rich people like himself often pay less in tax than those who work for them because of tax-code loopholes.

Obama's plan would avoid large-scale cuts in big middle-class entitlement programs such as the Social Security retirement program and the Medicare health plan for older Americans.

Administration officials said he will pledge to veto any plan to cut benefits for Medicare recipients unless the wealthy and big corporations are required to pay their "fair share" of taxes.

His plan would not raise the age at which retirees become eligible for Medicare benefits.

Obama also will not propose any changes to Social Security.

The plan assumes $1.1 trillion in savings from winding down the war in Iraq and moving ahead with planned troop reductions from Afghanistan. Critics are likely to label this element of the plan a "gimmick" because it does not represent new policy but instead reflects drawdowns of U.S. forces that have already been announced.

The plan assumes $430 billion in savings on interest payments because of the cuts elsewhere in the budget.