Still reeling from a divisive debate over debt and deficits that triggered a downgrade in the U.S. credit rating, 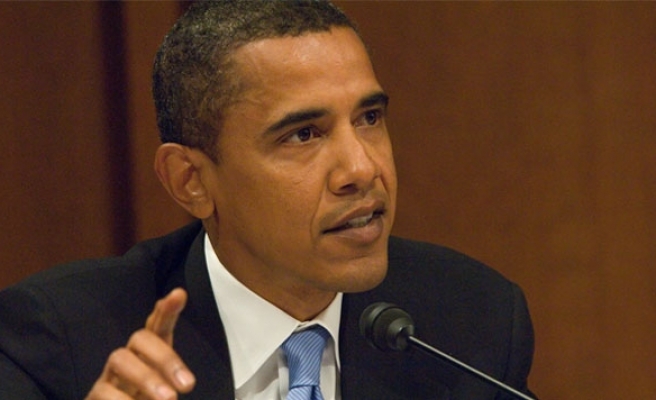 U.S. President Barack Obama said on Saturday that bitter fights between Democrats and Republicans in Washington were hurting the economy and he urged lawmakers to embrace compromise in order to boost job growth.

Still reeling from a divisive debate over debt and deficits that triggered a downgrade in the U.S. credit rating, Obama is going on a three-day bus tour next week to connect with voters as his own 2012 re-election campaign begins to heat up.

Channeling citizens' anger at Congress will be one of his key themes, which he rolled out on a trip to Michigan this week and in his weekly radio and Internet address on Saturday.

Obama said the side show in Washington had gotten in the way of efforts to bring down high unemployment.

"Lately, the response from Washington has been partisanship and gridlock that's only undermined public confidence and hindered our efforts to grow the economy," he said in his weekly address. "So while there's nothing wrong with our country, there is something wrong with our politics, and that's what we've got to fix."

"We can no longer let partisan brinksmanship get in our way -- the idea that making it through the next election is more important than making things right," he said.

"So you've got a right to be frustrated. I am."

Republican Senator Pat Toomey said in his party's weekly address that government regulation, especially from the Obama administration, was hurting the economy.

"Every day, small business owners, job creators and entrepreneurs are bombarded with new regulations and higher costs, discouraging these employers from expanding their businesses and hiring additional workers," Toomey said.

"The number of regulations has only increased since President Obama came into office. The Federal Register, containing all federal regulations, now totals a whopping 49,000 pages, covering everything from paint, to dust, cement, to cars, medicine and livestock."

Toomey said the "most harmful" regulations should be eliminated.