President Barack Obama on Monday proposed paying for his jobs plan by eliminating $467 billion in tax breaks for wealthier Americans and corporations, triggering a new battle with Republicans in Congress. 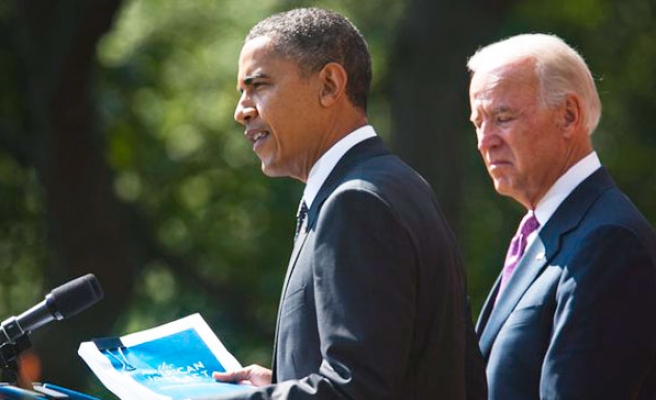 President Barack Obama on Monday proposed paying for his jobs plan by eliminating $467 billion in tax breaks for wealthier Americans and corporations, triggering a new battle with Republicans in Congress.

The White House objective is to put lawmakers in a difficult spot: Back Obama's jobs package or risk being portrayed as doing nothing to improve the U.S. unemployment crisis heading into the November 2012 elections.

But the Democratic president's proposals to pay for his $447 billion jobs plan will be hard for Republicans to swallow. They said the idea of taxing the wealthy and corporations was not in keeping with a bipartisan path he was seeking.

He also proposed raising $18 billion by treating the earnings of investment fund managers as ordinary income rather than taxing it at lower capital gains rates.

He would eliminate many oil and gas industry tax breaks to raise $40 billion and change corporate jet depreciation rules to bring in another $3 billion.

Obama stepped up his campaign to sell his proposals to American voters as he prepared to send the jobs bill to lawmakers later on Monday.

"This is a bill that is based on ideas from both Democrats and Republicans, and this is a bill that Congress needs to pass -- no games, no politics, no delays," Obama said in an appearance in the White House Rose Garden, holding up a thick text of the legislation held together with a black clip.

The president, who pushed through an $800 billion economic stimulus package in 2009, will see his re-election chances hinging heavily on his ability to reduce stubbornly high unemployment above 9 percent.

The bottom line for Republicans was that Obama is now trying to pay for his jobs plan entirely with tax increases.

"It would be fair to say this tax increase on job creators is the kind of proposal both parties have opposed in the past," said Brendan Buck, spokesman for House of Representatives Speaker John Boehner, the top Republican in Congress.