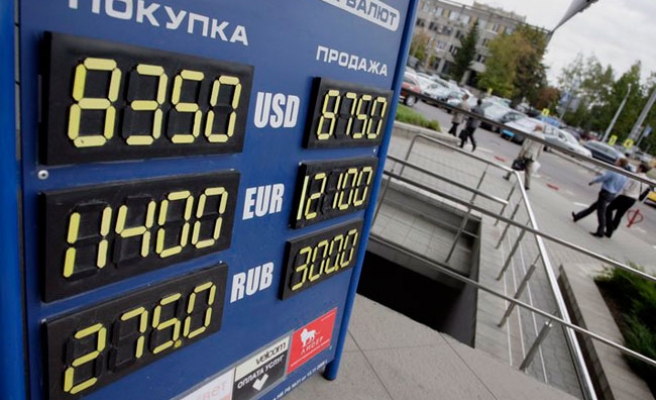 The dollar firmed, making oil more expensive for holders of foreign currencies. The euro came under pressure on speculation that debt-laden Italy may have its sovereign rating downgraded, just as Greece finalizes plans to restructure its own debt payments.

Brent crude for November fell 8 cents to settle at $112.22 a barrel. Europe's benchmark crude had risen above $114 a barrel in earlier trading.

For the week, Brent fell 55 cents a barrel, snapping a four-week winning streak.

U.S. crude took a bigger fall, settling down $1.44 a barrel to $87.96. A Thomson Reuters/University of Michigan survey of U.S. Consumers' preliminary September consumer sentiment rose slightly. But a measure of consumer expectations for the future of the economy fell to its lowest level since 1980.

"Oil investors have to be getting worried about global demand going forward, and the risk of contagion in Europe from Greece to other economies," said Richard Ilczyszyn of MF Global in Chicago.

Europe's debt woes could hit petroleum demand as economic growth slows, although more U.S. economic stimulus measures may still help to inflate commodity values even if demand does not expand.

The U.S. Federal Reserve meets next week, with its policymakers set to consider additional measures to stimulate the U.S. economy and prevent it from falling into recession.

New Fed stimulus measures could weigh on the dollar and help riskier assets like commodities to rise.

Brent's losses trailed those of U.S. crude as the European contract switched to a new front month, November, and investors bet it would gain in value versus later months on tight prompt supply of North Sea crudes.

Brent for November traded on Friday at a $24.18 per-barrel premium to West Texas Intermediate for the same month. The spread had closed at $22.71 on Thursday.

North Sea Forties crude, one of the key crude oil streams used to price about two thirds of global physical oil, has been suffering from production problems and loading delays since May, supporting Brent crude futures.

Shipments of Forties crude oil are being further delayed due to production shortfalls, trade sources said on Thursday.