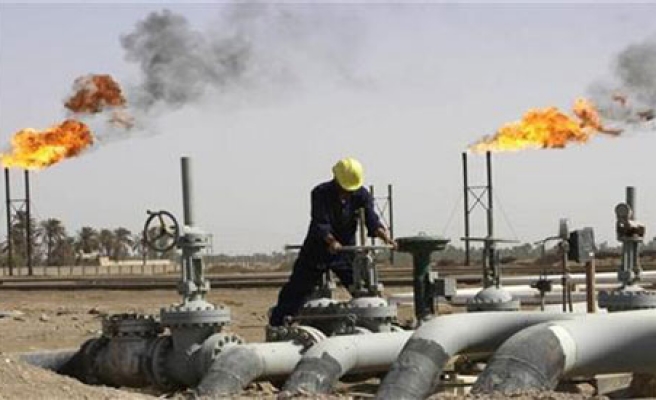 Oil surged on Friday in heavy trading to the fourth biggest daily gain on record, as a deal by European leaders to shore up euro zone banks triggered frantic short-covering by funds that had been riding crude's price collapse over the last quarter.

Despite the day's sharp gains, both international benchmark Brent and U.S. oil futures posted their biggest quarterly declines since the fourth quarter of 2008.

On the day Brent crude oil futures rose more than $6 a barrel to near $98 while U.S. crude jumped by more than $7 to settle just below $85 a barrel -- the fourth largest daily gains in dollar terms since the contracts were launched.

Oil rallied along with the euro and world stocks after euro zone leaders agreed on measures to cut soaring borrowing costs in Italy and Spain and recapitalize regional banks. Crude drew further support from a strike in Norway that cut production of oil and natural gas liquids by 230,000 to 250,000 barrels per day, or up to 13 percent of the capacity of the world's No. 8 crude exporter.

"The NYMEX just went wild. It never looked back. Just up, up and away." said John Troland, an independent energy advisor in Houston, referring to the New York Mercantile Exchange where benchmark U.S. crude oil futures trade.

Throughout the second quarter, hedge funds and other speculators had bet big on lower oil prices. Speculators cut their net long positions by more than half over the quarter, according to data from the U.S. Commodity Futures Trading Commission.

In addition to mounting worries euro zone, oil prices came under pressure in recent months from weaker demand and swelling global inventories as Saudi Arabia boosted output to quell concern about the drop in exports from sanction-hit Iran.

"We had significant second-quarter trends that may all be in the process of reversing, including the risk off trade triggered by the EU instability," said Tim Evans, energy analyst for Citi Futures Perspective, adding oil demand is normally seasonally stronger in the second half of the year.

"What has changed today is the market sentiment, the fundamentals may evolve at a more glacial pace."

Analysts said Friday's move could portend better fundamentals for oil for the rest of the year as sanctions against Iran cut the OPEC member's output.

"Given it's the last day of the quarter we might be seeing some rebalancing and short-covering (by funds) after the falls we've seen," said Katherine Spector, commodity strategist at the Canadian Imperial Bank of Commerce in New York.

"The supply-and-demand balance looks better for the second half of this year, so we expect to see prices move higher from here. We think there will be further reductions in Iran's exports and at the same time other OPEC members are likely to reign in production slightly."

OPEC's oil output has remained close to its highest since 2008 in June as extra oil from Saudi Arabia and Iraq has compensated for a drop in Iranian supply to its lowest level in more than two decades, a Reuters survey found on Friday.

Saudi Arabia, OPEC's largest producer, has increased its output to 10.1 million bpd to help make up for the shortfall from Iran.