'They are not trimming output, only keeping it at the same levels...this is the same unchanged policy,' one expert says 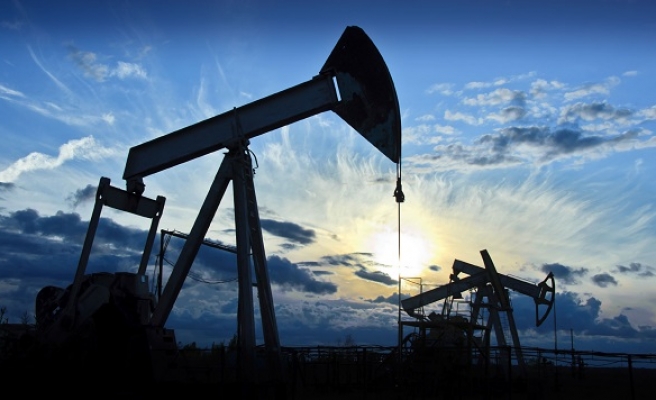 The global oil market looks unsatisfied with the latest move by four major crude producers who called for a freeze in their output levels, as prices began to slide once again late Thursday.

Led by Caracas' tireless efforts for months, Venezuela was joined by Russia, Qatar and OPEC heavyweight Saudi Arabia, to announce on Tuesday an attempt to freeze their individual oil production at January levels, on condition that other major oil actors would join the effort.

For investors, regardless of the incredulity of an agreement, the hype lasted for only two days on the first cooperation between OPEC and non-OPEC countries in almost a decade -- and prices returned their downward trend Thursday.

Oil prices had a 5 percent jump Tuesday and climbed by another 7 percent Wednesday. But on Thursday they declined by 3 percent, while experts conceded that the so-called "output freeze" simply would not work to trim the glut and drive up prices.

"Saudi Arabia did not change a thing. They are still committed to their current strategy of market share. And Russia won't be able to cut [output] during winter," Widdershoven said, stressing "they are not trimming output, only keeping it at the same levels. So, they didn't decide on anything."

According to official figures in OPEC's latest monthly report on February, Saudi Arabia was pumping 10.23 million barrels per day (mbpd), very close to its all-time record-high of 10.4 mbpd during the second quarter last year. Meanwhile, non-OPEC Russia's output was almost at 10.8 mbpd -- a record in the post-Soviet era.

"Saudi Arabia is doing the same thing. Essentially this is the same unchanged policy. Output is left unchanged, so no cut. In the short term, it won’t change anything," said Sijbren de Jong, strategic analyst at The Hague Centre for Strategic Studies.

The Saudi strategy has been to continue producing oil, no matter how low the prices sink. By doing so, they can preserve their market share and let prices drop, so that high-cost producers, such as U.S. shale oil producers, will eventually be driven out of the market.

While the four countries' attempt to freeze output calmed the downward pressure on prices for a couple of days, a major obstacle was Iran's stance, and its ambition to raise its own production and exports levels in the aftermath of the sanctions removal.

Tehran has repeatedly said since the July 2015 nuclear agreement that it would raise its oil output by 1 mbpd gradually once sanctions are lifted. They aim to regain their share in the global oil market, which has been hit hard by the sanctions in the last five years.

Late January this year, it was a windfall for Iran when western powers lifted sanctions, and Tehran was adamant this week that no policy would ruin its gains.

Iranian Oil Minister Bijan Zangeneh welcomed the four countries' attempt to freeze output on Wednesday by saying his country is "supportive" of the new policy, but the country did not make any commitments to the new strategy.

"Iran wants to return to the international oil market, so it will definitely not agree to trim its production, under no circumstances," de Jong said. "Above all, Iran wants to increase its export volume, so I do not see cooperation within OPEC to become a reality at this stage," he added.

Even if the latest proposal to freeze production by the four countries would work to trim the oversupply in the market, "Iran will fill in the gap, as it needs additional volumes [of exports]," Widdershoven explained.

Nevertheless, Iran might be pushing the odds within OPEC. If the latest strategy to freeze output becomes widely accepted within the cartel, Iran could be left alone since it did not explicitly adopt the policy.

"For Iran it is a very difficult situation at present. They need higher prices and larger volumes. Both will be out of the question right now. If Iran takes a solitary stand, they will need to cope with a major conflict within OPEC...It doesn't have the power to force OPEC's hand at all," Widdershoven explained.

With or without Iran, freezing output appears as a clever but failed public relations exercise; an attempt to bring a sense of optimism to the market, an oasis where unconsumed oil dries and the waving of dollar bills fails to create much sentiment to allow prices to take off.

But, the Saudis' initial strategy is still in place, and it's working -- pump oil in record levels, drive out high-cost producers like the U.S. shale oil companies, and let prices fall further until they go bankrupt.

"It is working, but not as fast as we all have expected," Widdershoven said.

"International oil companies and independents are under immense pressure. Most non-OPEC oil is not economically viable at present. Companies cut investments, shed workforce and increase their overall debt levels."

"At present, the majority of oil producers are having lending issues. A long list of companies will not be able to pay their debts and dividends during 2016. At the same time, shale oil is drowning; debts levels are too high, while their hedge instruments have been ending. North Sea oil is dying, Norway is having major debt issues, Africa is drying up, and Brazil, Russia and Mexico are broke," he added.

Saudi Arabia and other Gulf countries are also taking the hit, as their economies, which are highly dependent on oil sales and exports, are feeling the price slump.

Yet, their economies have been well prepared by rich sovereign wealth funds, while they make adjustments to their financial structures.

"The crisis has given them the opportunity to deal with some hard needed public measures, such as the end to energy subsidies, higher gasoline prices, and a change in some energy intensive industries," Widdershoven said.

However, the Saudi/OPEC strategy could see the light of day eventually, when, and if, U.S. shale oil production falls substantially in the second half of this year.

"The Saudis have kind of underestimated the resilience of the U.S. shale industry. They proved to be a tougher nut to crack than originally thought. In the long term, it will likely work," de Jong concluded.