Oil prices up as US, China restart trade talks 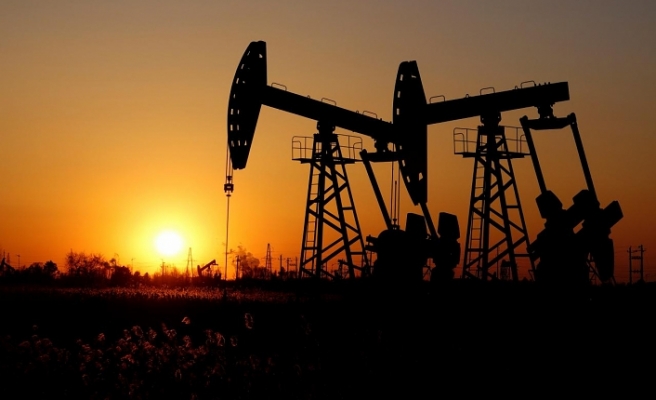 Crude oil prices were slightly up at opening on Tuesday as the U.S. and China's restart of trade talks provided optimism for investors who expect poor global economic growth and low overall oil demand next year.

International benchmark Brent crude was trading at $60 a barrel at 0500 GMT with a 0.3 percent gain, after closing Monday at $59.80 per barrel.

American benchmark West Texas Intermediate was at $51.04 per barrel at the same time, up 0.2 percent for the day, after ending the previous day at $50.95 a barrel.

The impasse in trade relations between the world's two biggest economies found hope of a resolution after the U.S. and China attempted to lay out a roadmap for trade talks over the next three months.

U.S. Treasury Secretary Steven Mnuchin and Chinese Vice Premier Liu He held a phone conversation early Tuesday to set a timetable for the next round of trade talks between their countries, according to the Chinese Commerce Ministry.

However, U.S.-China relations suffered another blow after Meng Wanzhou, the chief financial officer of Chinese technology and telecommunications giant Huawei, was arrested in Vancouver, Canada on Dec. 1.

Meng, who is also the daughter of Huawei's founder, is wanted for extradition to the U.S., as Washington alleges that she was involved in a scheme to dodge U.S. sanctions on Iran. The Chinese national's hearing continued Monday without a final decision concluded on bail.

To complicate bilateral relations further, a Chinese court banned Monday the sale and import of most American technology giant Apple's iPhone models after American chipmaker Qualcomm argued that Apple infringed on two of its patents.

China and the U.S. agreed in early December during the G20 meeting in Argentina not to impose additional reciprocal tariffs for 90 days.

The trade truce also includes a delay by President Donald Trump in increasing the rate of U.S. tariffs on $200 billion worth of Chinese goods to 25 percent, from 10 percent, starting from Jan. 1.

With negotiations set to kick off again between the two nations, investors are hopeful that the trade tension between the U.S. and China will be resolved without any damage to major and emerging economies.

Gloomy forecasts over global economic growth, however, still threatens that overall oil demand in the world would be weaker next year, putting a downward pressure on oil prices in the medium to long term.

The Organization for Economic Cooperation and Development on Nov. 21 lowered its global growth estimate for 2019 to 3.5 percent, from its previous estimate of 3.7 percent, citing "trade conflicts."

The International Monetary Fund on Oct. 8 also had lowered its forecast for global economic growth for 2019 to 3.7 percent, from its earlier estimate of 3.9 percent.