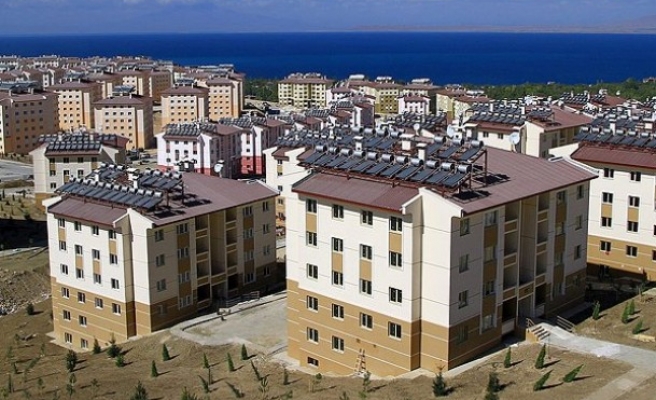 More than a million houses were sold in Turkey in 2013 and much of the demand came from foreign buyers, according to data released by the Turkish Statistical Institute (TurkSat) on Monday.

"We had a fantastic year in 2013 due to high demand from Middle East," said Julian Walker, director of UK-based Spot Blue International Property. "Turkey is close to the Middle East geographically as much culturally. This makes investors eager to buy properties in the country."

The price of new houses in Turkey increased 13.55 percent in January compared with the same month of last year, according to Reidin-GYODER New House Price index, outperforming the rest of Europe.

"Istanbul in particular has attracted interest from the Middle East and Europe in 2013. Especially for the European side of Istanbul. There is a huge interest in the booming suburbs in areas such as Halkali, Beylikduzu, Bahcesehir and central fashionable districts such as Kadikoy and Levent on both side of the Bosphorus," Walker said.

"Turkey’s growing marine tourism sector is expected to boost interest in property in coastal resorts in 2014, thanks to a raft of world-class marinas, many of them less than a year or two old, attracting an increasing number of lifestyle property investors."

One British couple supported Walker's claim that marinas are attracting buyers. In 2008, Jim and Elizabeth Wainwright bought a four-bedroom property in Gocek, where they also keep their 50-foot yacht.

"We were already familiar with Gocek from mooring our yacht there, so we knew we wanted to buy a villa in the resort," said Jim Wainwright. "Gocek is regarded as the boating centre of Turkey. It actually has a number of marinas, including the most expensive one in Turkey, and attracts wealthy Turks as well as affluent foreigners, including Russians."

"In 2014, the property is cheap in Turkey due to the decrease in Turkish lira's value against the dollars and Euro, making hot properties cheaper for foreigners," said Walker.

"The economy looks strong and the country did not suffer the financial problems other countries did during the financial collapse in the last four years. Property is a safe investment with a proven growth record that always delivers," said Yaman.

The volume of homeowner loan’s jumped to 110.5 billion Turkish Liras (US$50.5 billion) in the last year with a 28.4 percent increase compared with 86 billion TL in 2012, according to the figures compiled by TurkSat and the banking watchdog.