Oxfam report: half of global wealth held by the 1% 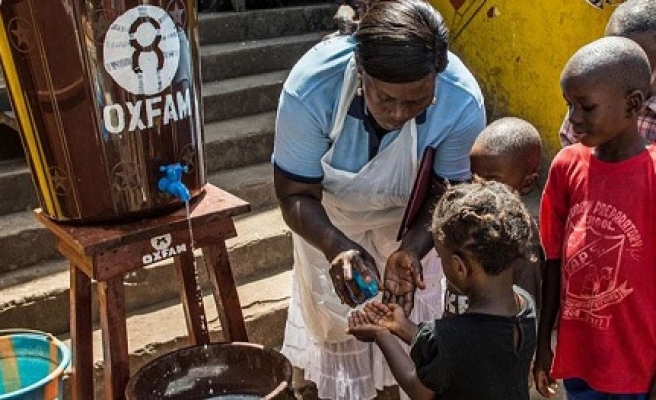 As the world's business and political elite ascends the Swiss Alps for an annual bout of crystal-ball gazing this week, history suggests the Davos pundits are likely to get plenty of things wrong.

Billionaires and politicians gathering in Switzerland this week will come under pressure to tackle rising inequality after a study found that – on current trends – by next year, 1% of the world’s population will own more wealth than the other 99%.

The anti-poverty charity Oxfam said it would use its high-profile role at the gathering to demand urgent action to narrow the gap between rich and poor.

Oxfam added that on current trends the richest 1% would own more than 50% of the world’s wealth by 2016.

Guardian reported Winnie Byanyima, executive director of Oxfam International and one of the six co-chairs at this year’s WEF, said the increased concentration of wealth seen since the deep recession of 2008-09 was dangerous and needed to be reversed.

In an interview with the Guardian, Byanyima said: “We want to bring a message from the people in the poorest countries in the world to the forum of the most powerful business and political leaders.

“The message is that rising inequality is dangerous. It’s bad for growth and it’s bad for governance. We see a concentration of wealth capturing power and leaving ordinary people voiceless and their interests uncared for.”

Oxfam made headlines at Davos last year with a study showing that the 85 richest people on the planet have the same wealth as the poorest 50% (3.5 billion people). The charity said this year that the comparison was now even more stark, with just 80 people owning the same amount of wealth as more than 3.5 billion people, down from 388 in 2010.

Byanyima said: “Do we really want to live in a world where the 1% own more than the rest of us combined? The scale of global inequality is quite simply staggering and despite the issues shooting up the global agenda, the gap between the richest and the rest is widening fast.”

Oxfam said the wealth of the richest 80 doubled in cash terms between 2009 and 2014, and that there was an increasing tendency for wealth to be inherited and to be used as a lobbying tool by the rich to further their own interests. It noted that more than a third of the 1,645 billionaires listed by Forbes inherited some or all of their riches, while 20% have interests in the financial and insurance sectors, a group which saw their cash wealth increase by 11% in the 12 months to March 2014.