Pakistan agriculture could take up 2 yrs to start flood recovery

Pakistan's agriculture industry could take up to two years to start recovering from floods, the Asian Development Bank said. 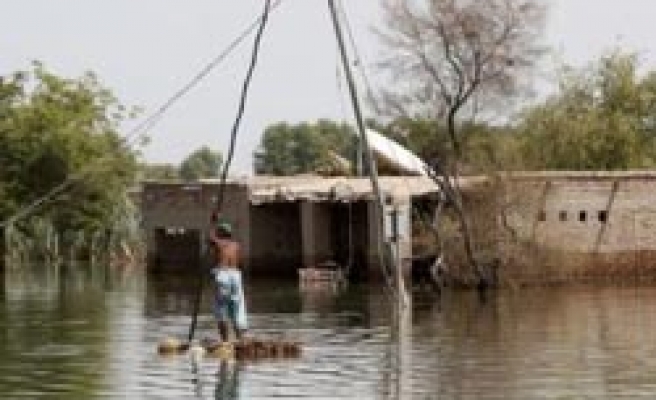 Pakistan's agriculture industry -- a pillar of the economy -- could take up to two years to start recovering from floods, the Asian Development Bank (ADB) said on Monday.

ADB and the World Bank are assessing the damage caused by one of Pakistan's worst natural disasters.

Philip Erquiaga, director general of ADB's private sector operations, said the bank expects Pakistan's agriculture sector to get back on its feet within two years.

"We are thinking within that time horizon we should be able to see the agriculture sector coming back," he told Reuters.

ADB said earlier it was widening its trade financing for Pakistan by $500 million to help with recovery and reconstruction after the floods.

That means the bank could provide up to $2 billion in trade finance. The ADB expects half of that amount to be used for agricultural commodity imports, said Erquiaga.

"The balance of that we will probably see coming in the form of capital goods imports related to the flooding reconstruction," he said.

The floods, triggered by heavy monsoon rains in late July, forced at least 10 million people from their homes and destroyed 1.3 million hectares in crops just before the harvest of key standing crops such as rice, maize and sugarcane.

There were also heavy losses in livestock and damage to irrigation.

Pakistan's economy was already fragile before the disaster and the cost of rehabilitation will likely push the 2010/11 fiscal deficit to between 6 and 7 percent of GDP against an original target of 4 percent.

Pakistan's tax-to-GDP ratio is about 10 percent, one of the lowest in the world, and while the government has called for greater revenue collection, it has done little to broaden a very narrow tax base.

The ADB said previously it would extend a $2 billion assistance package to Pakistan to help repair damage from floods.