Pakistan is likely to scrap plans to export 2 million tonnes of wheat after devastating floods washed away stored grain. 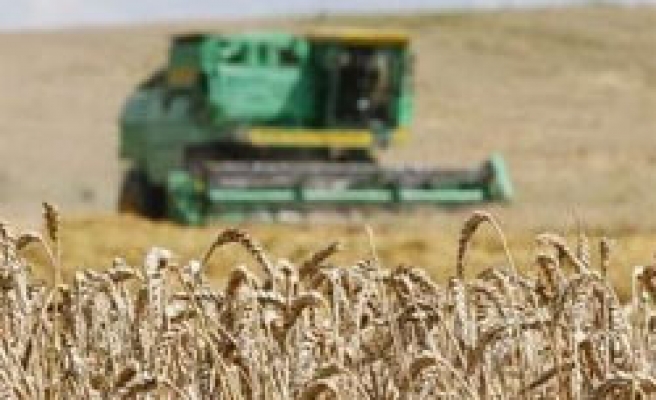 Pakistan is likely to scrap plans to export 2 million tonnes of wheat after devastating floods washed away stored grain, threatening to further tighten global supplies hit by a severe drought across the Black Sea region.

Pakistan has lost at least 725,000 tonnes of wheat in the country's worst flooding in 80 years, although traders said there are still enough stocks to meet demand until the next harvest, meaning imports are unlikely.

"Currently, there are no talks of exporting wheat," one Pakistan food and agriculture ministry official, who is familiar with the discussions, told Reuters on condition of anonymity. "The plan to export 2 million tonnes of surplus wheat is likely to be shelved."

A second official said that the government was closely monitoring the situation and confirmed the likely cancellation of the export plans. Given the devastation, the government wants to ensure there are no shortages, especially in the flood-affected areas.

Benchmark Chicago Board of Trade wheat prices climbed to a two-year high earlier this month as a drought ravaged crops in Russia and Ukraine, two of the world's largest exporters of the grain.

The contract, which nearly doubled from June lows to hit $8.41 a bushel on Aug. 6, is up 21 percent so far this year.

"I think it was largely expected by the market, given the recent weather events and the flooding," said Doug Whitehead, a commodities analyst at Rabobank in London.

"But in that regard it is taking another 2 million tonnes out of the export market, which just increases the burden that the traditional exporters like the U.S., Australia and the EU are going to have to deal with."

The U.S. Department of Agriculture this month reduced its estimates for global wheat stockpile to 175 million tonnes at the end of 2010/11 marketing year, dowm from 187 million tonnes reported in July.

"Even after meeting demand and keeping strategic reserves of 2 million tonnes, the government will still have a surplus of up to one million tonnes," said Naeem Butt, a wheat trader and an official of the Pakistan Flour Mills Association in the northwestern province of Khyber-Pakhtunkhwa.

"There is absolutely no question of wheat imports, if you have that much of wheat in your stocks."

The floods have damaged up to 600,000 tonnes of privately-stored wheat, according to initial estimates, and a food ministry official said on Thursday that another 125,000 tonnes of wheat in government stores had been washed away.

Wheat is a staple food in Pakistan with about 22 million tonnes consumed each year. Any shortages or steep price hikes would inflame public anger toward the government, which is facing mounting criticism over its handling of the catastrophe.

Pakistan banned wheat exports in 2007 because of shortages and high domestic prices.