The Bank approved a $40 million grant for budget support for the Palestinian Authority on Thursday. 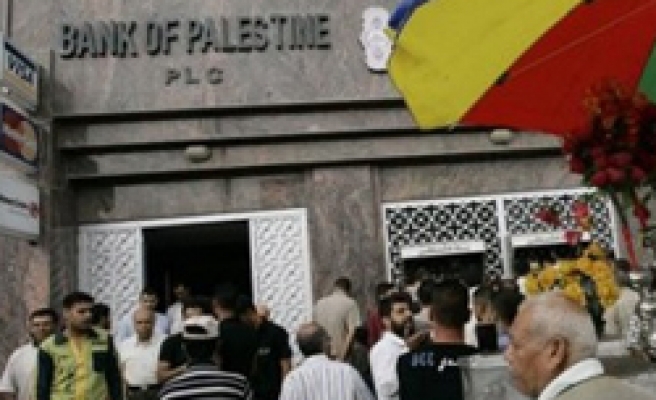 The Palestinian Authority is well-positioned to establish a state but will remain dependent on foreign aid unless it can attract private investment and spur economic growth, a World Bank report said on Thursday.

The report to donors by the poverty-fighting institution comes amid new U.S.-led peace efforts between Israel and the Palestinians aimed at forging a deal on Palestinian statehood within a year.

The Bank said it was too early to judge whether a partial relaxation of the Gaza blockade was having any economic impact. "In any case, the impact on the private sector will be limited while the ban on exports continues," it said.

"If the Palestinian Authority (PA) maintains its current performance in institution-building and delivery of public services, it is well-positioned for the establishment of a state at any point in the near future," the Bank said.

The World Bank, which oversees a Palestinian trust fund on behalf of donors, said the Palestinian Authority had made progress in keeping spending within budget targets and had boosted revenues with improved tax collection.

Despite these efforts, the Palestinian Authority will remain dependent on aid unless a vibrant private sector is developed, it said.

"Unless action is taken in the near future to address the remaining obstacles to private sector development and sustainable growth, the PA will remain donor dependent and its institutions, no matter how robust, will not be able to underpin a viable state," the Bank said.

Sustainable economic growth in the West Bank and Gaza remained absent, it said.

"Significant changes in the policy environment are still required for increased private investment particularly in the productive sectors, enabling the PA to significantly reduce its dependence on donor aid," the report said.

Still, there is anecdotal evidence private investment is starting to pick up in some sectors. Banks and loan guarantee programs have indicated interest by more entrepreneurs looking for financing for long-term projects, the Bank noted.

Between 2008 and 2009 alone, the number of newly registered businesses jumped by more than 38 percent, it added.