Under the deal, the Panama Canal Authority and consortium GUPC would each inject $100 million for immediate cash flow needs to fully resume work, the authority said. 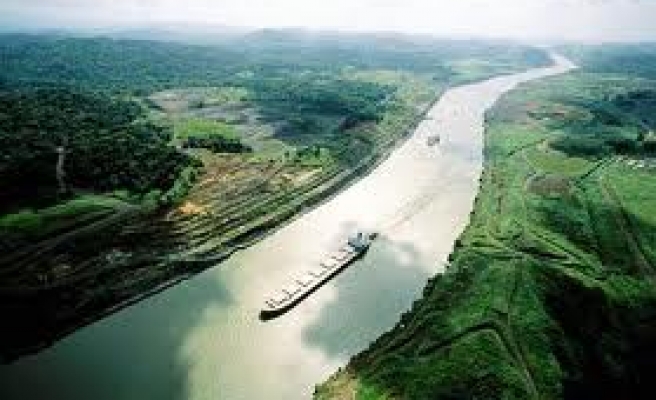 The Panama Canal and a Spanish-led consortium expanding the major maritime artery have reached a preliminary deal to complete work on a project stymied in a row over $1.6 billion in cost overruns, the canal's administrator said on Thursday.

The deal foresees the consortium, which is led by Spanish builder Sacyr alongside Italy's Salini Impregilo, finishing work by December 2015.

Limited work on the project resumed last Thursday after a two-week stoppage. The dispute has fanned fears of delays that could cost Panama millions of dollars in lost shipping tolls.

Hold-ups in the massive project posed a setback for companies worldwide that want to move larger ships through the waterway that links the U.S. Gulf Coast to Asian markets.

"We have reached a conceptual agreement that protects the interests of the Panama Canal," Panama Canal Administrator Jorge Quijano said in a statement.

He said the agreement was under review and still needed to be signed.

Under the deal, the Panama Canal Authority and consortium GUPC would each inject $100 million for immediate cash flow needs to fully resume work, the authority said.

The deal would also extend repayment of advanced payments made by the Panama Canal Authority to the consortium that are worth $784 million until 2018 at the latest.

The overall expansion project, of which the consortium is building the lion's share, was originally expected to cost about $5.25 billion, but the overruns could increase that to nearly $7 billion.

Parties have agreed to resolve the row over the excess costs via international arbitration. As part of the deal, the Panama Canal Authority agreed that the consortium could use a $400 million surety bond through insurer Zurich North America as backing to seek financing.

The consortium took out the bond as a required insurance policy in case it did not finish the project. The bond is payable if the project is not completed by the consortium for any reason.

The GUPC expects a swift closing of the deal and financing," the consortium said in a statement.  According the deal, 12 giant lock gates which are currently in Italy will arrive in Panama by December 2014.

A last-minute disagreement over the deal would punish Sacyr, which receives a quarter of its international revenue from the project. Quijano had previously warned that the canal could terminate
the contract with the consortium and push ahead with a third party.

When the contract was awarded to the consortium in 2009, officials and diplomats expressed concern over its ability to complete the work, since its winning bid for the work was $1 billion lower than that of the nearest competitor.