Financial markets, government offices and some schools reopened after being closed by the typhoon, and train services resumed after power supplies were restored in the capital. 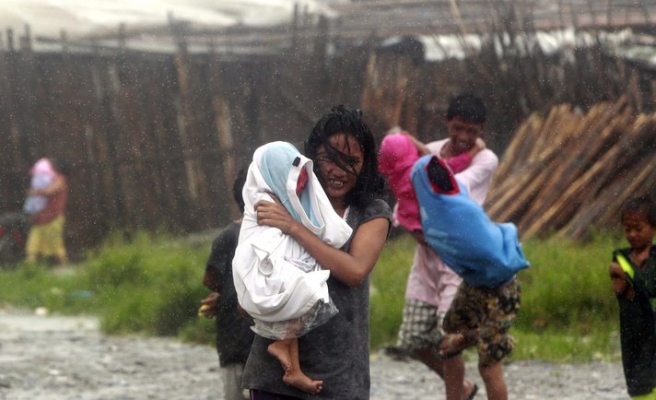 The Philippines began on Wednesday the clean-up of flooded areas and assessments of damage, including to the key rice crop, a day after Typhoon Nesat left behind at least 18 dead.

Financial markets, government offices and some schools reopened after being closed by the typhoon, and train services resumed after power supplies were restored in the capital.

The death toll had been raised from seven on Tuesday evening, and there were still 35 people missing, the national disaster agency said in a morning update as the typhoon moved over the South China Sea and towards northern Vietnam and southern China.

There were still nearly 48,000 people in evacuation centres, the agency added.

The storm passed across the Cagayan Valley, which was expected to account for about 10 percent of the country's fourth-quarter rice crop.

The government had cut rice imports this year to about 860,000 tonnes from a record 2.45 million tonnes in 2010, and plans to make the country self-sufficient in its national staple in coming years.

But any major damage to crops could force it to import more supplies, at a time when rice prices are rising.

There was flooding across provinces in the north of Luzon, the Philippines' main island, and authorities maintained warnings of storm surges and flash flooding.

"People have to realise now, with the changing climate, typhoons are getting stronger, the pull of the monsoon is getting stronger," Department of Science and Technology Undersecretary Graciano Yumul said in a television interview.

The sea wall at Manila Bay was badly damaged by storm surges, which swamped Roxas Boulevard and other waterfront areas, keeping the U.S. embassy shut again on Wednesday.

As Nesat departed, weather officials warned another was developing in the Pacific Ocean that could pick up strength and become a typhoon as it approaches north Luzon.

"Our initial track line shows it may hit northern Luzon. But it may be too early to tell because it might still change course," Yumul said.