Australia, Spanish, French and Italy are among 15 firms that have pre-qualified for the bids, although it is not clear if they will participate. 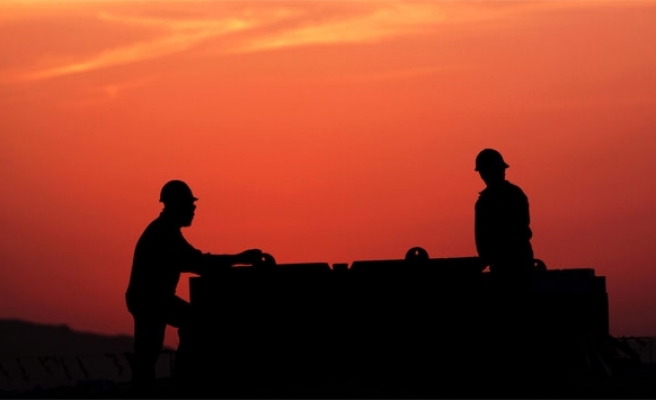 The Philippines will offer three areas in the South China Sea for oil and gas exploration on Tuesday, two of them in waters also claimed by China.

Nido Petroleum Ltd of Australia, Spanish energy company Repsol, French gas and power firm GDF Suez and Italy's Eni are among 15 firms that have pre-qualified for the bids, although it is not clear if they will participate.

"All the areas we have offered are well within the 200 nautical mile exclusive economic zone of thePhilippines under the UNCLOS (United Nations Convention of the Law of the Seas)," Jose Layug, an undersecretary in Manila's Department of Energy, told Reuters.

"Thus, the Philippines exercises exclusive sovereign rights and authority to explore and exploit resources within these areas to the exclusion of other countries. There is no doubt and dispute about such rights."

The dispute has become Asia's biggest potential military flashpoint as Beijing's sovereignty claim has particularly set it against Vietnam and the Philippines, with the three countries racing to tap possibly huge oil reserves.

The Philippines' Energy Department had prequalified more than 30 local and foreign firms to bid for 15 energy exploration contracts offered in the latest Philippine Energy Contracting Round.

Bids for 12 of the 15 sites were opened in April, attracting mainly local firms. The rest of the prequalified bidders, including foreign firms, may show up at Tuesday's auction, officials said.

"We have received indication that at least two consortia have been formed with Filipino partners that willbid for the remaining three blocks," Layug said.

The sites off the southwestern Palawan province, represented by service contracts (SC) 3, 4 and 5, are near the Malampaya and Sampaguita natural gas discoveries. Sampaguita is located near the Reed Bank, an area claimed by China.

Malampaya, owned by a consortium led by Shell Philippines Exploration B.V., a unit of Royal Dutch Shell Plc and the country's sole source of natural gas, now produces more than 2,700 megawatts, or 30 percent of the power requirements of the main Luzon island.

On the other hand, Sampaguita is a discovery of London-listed Forum Energy Plc, majority owned by Philex Petroleum Corp.

Philex has said it has discussed a possible tie-up with Chinese offshore oil producer CNOOC in Sampaguita, although no agreements have been reached.

A partnership between Philex and CNOOC on the Sampaguita project, which was estimated in a 2006 study to hold up to 20 trillion cubic feet of natural gas or more than five times initial estimates, may help defuse tension.

Philex leads a consortium with Pitkin Petroleum Plc and Philodrill Corp which is likely to submit bids for two areas on Tuesday, company officials said.

"Insofar as we're concerned, we are a Philippine company and we will abide by Philippine laws," Philex Chairman Manuel Pangilinan told reporters on Monday.

"If the Philippine government bids out certain areas, then we will bid for those, and beyond that, that's already a political question, that's not within our control."

Energy Secretary Jose Rene Almendras said last week the first of 15 service contracts would be awarded "within the next 60 days."

He said he was confident that the bidding for the three areas on Tuesday would be successful.

"As far as we're concerned, we are bidding something within the Republic of the Philippines so we have the right to do that," he said.