Turkey's prime minister has signaled a free trade agreement with Iran on Thursday during a bilateral business forum in Istanbul. 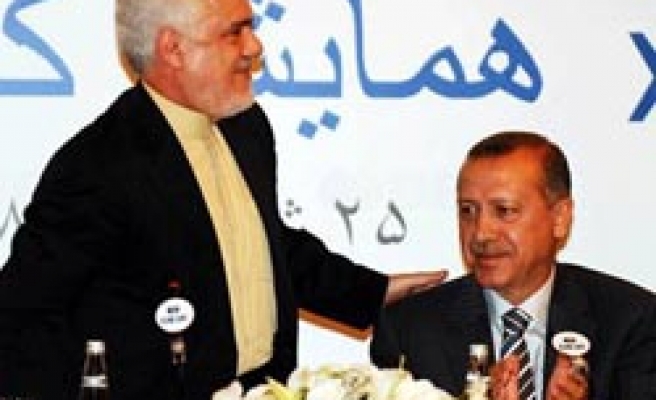 Turkey's prime minister said that Turkey and Europe had a mechanism of free trade and a similar mechanism should be established between Turkey and Iran.

Premier Recep Tayyip Erdogan said that Turkey and Iran, told to audience that "Why can’t we establish unobstructed trade mechanism with Iran as we did before with European Union?"

"I don’t see any reason that impede us for doing it. Because, I know wery well our Iranian brothers. I know that Iranian businessmen as productive and dynamic as our Turkish businessmen," he said during Turkish-Iranian Business Forum at Istanbul's Ceylan Intercontinental Hotel.

Erdogan said the two countries should conclude talks on the preferential trade agreement as soon as possible and the trade volume would reach 30 billion U.S. dollars within next five years.

“We have to achieve it. We succeded it with Russia. So, Why not be with Iran?” Erdogan told in mutual business forum.

Erdogan says the recent trade is in favour of Iran. But he added that “we have many thing to sell to Iran.”

He added that two countries situated close to problematic regions like Middle East and the Caucasus, maintained their existence as elements of peace and stability despite those problems and areas of conflicts.

"I think that there are initiatives we can launch together to ensure welfare, peace, stability and confidence in the entire region," Erdogan said.

Erdogan said Turkey and Iran's successes, particularly economic achievements, would contribute to welfare and peace of the entire region.

"As how we are Iran's door opening to Europe, Iran is our gate opening to Asia," he said.

Turkey and Iran, two countries with many common goals and features, should be in more cooperation and solidarity, Erdogan also said.

Iranian privatisations, seen starting by some Turkish businessmen as early as 2011, are also attracting interest.

"This is a big opportunity for Turkey. Finance and trade that was carried out by Dubai and the United Arab Emirates before the sanctions can be taken over by Turkey," said Mehmet Koca, member of the executive board of the Turkey-Iran business group.

"We're hoping the efforts of the prime minister pay off and I think they will to some extent. But Iran is still very closed to foreigners, they have to be convinced to open up to foreign investors," said Koca who is also the general manager of Turkish fertiliser company Gubretas.

The company bought a majority stake in Iranian Razi Petrochemical in 2008, according to information on its website.

Much of the Turkish investment would come in the form of privatisation purchases or joint ventures with Iranian businesses.

"There are still problems to our private sector as well as hindrances to free trade, but if we work together we can overcome this together and boost our trade," he said.