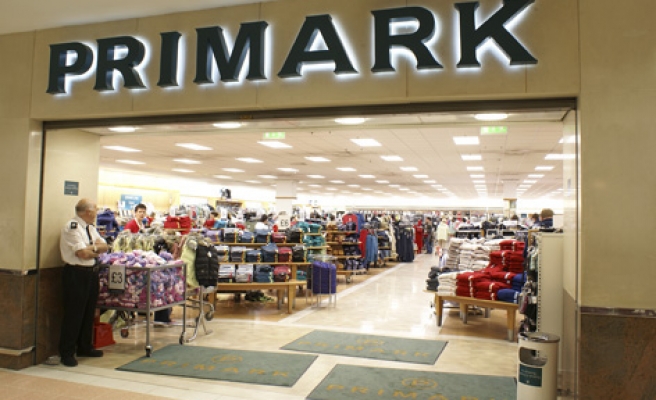 A shopper in Northern Ireland discovered a chilling note stuffed in a pair of pants she purchased from European retailer, Primark.

It was a message on a yellow piece of paper and wrapped around what appears to be a prison identification card, claiming to be from an inmate at a Chinese prison making clothes for export under conditions of slave labor.

"We work 15 hours every day and eat food that wouldn't even be fed to pigs and dogs. We're (forced to) work like oxen," the handwritten note said in Chinese.

The message appealed to the international community to "condemn these human rights abuses by the Chinese government."

Karen Wisinska said she found the note when she retrieved the item while packing for a holiday last week. After getting a rough translation of the note, Wisinka sought help from Amnesty International, an organization that has documented the use of forced labor in Chinese detention facilities in the past.

"I was shocked to find this note and card inside the trousers from Primark and even more shocked to discover that it appears to have been made under slave labor conditions in a Chinese prison," she told Amnesty.

"I am only sorry that I did not discover the note when I first purchased the clothing -- then I could have brought this scandal to light much earlier."

"It's very difficult to know whether it's genuine, but the fear has to be that this is just the tip of the iceberg," Corrigan said.

Primark denied sourcing clothing made using forced labor in a statement made on Wednesday.

A spokesperson for the company said "We find it very strange that this ... has come to light so recently, given that the trousers were on sale four years ago."

The statement said the company's ethical standards team has carried out nine inspections of the supplier who made the garment, and found no prison or forced labor of any kind since 2009.

Despite the company's suspicions, the spokesperson said Primark "knows its responsibilities to the workers in its supply chain," and has started a detailed investigation.