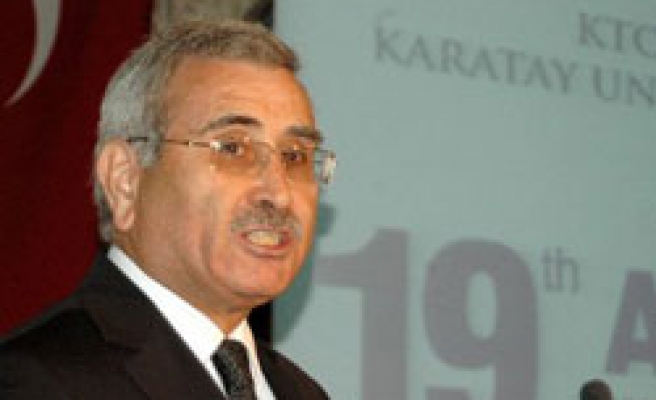 "Taking into account that the European Union is the biggest market for our exported items, setbacks the Union is tackling with constitute a risk for our country," Yilmaz told the World Management Congress in the central province of Konya.

Yilmaz said Turkey had shown a major resistance to the global economic crisis thanks to its floating currency rate, sound monetary policy and a well-established banking system as well as strict financial discipline.

"Since mid-2009, when the crisis made a peak, Turkey's GDP increased by 11 percent, industrial production was up by 21 percent and unemployment decreased three points," Yilmaz said.

Yilmaz also said Turkey needed to make a series of reforms to maintain a strong and a sustainable growth rate, adding that the country grew 4.5 percent on average for the last fifty years.