Belgasem al-Sghou, who described himself as the leader of the protesters, said two ships were waiting to come into the port to load crude. 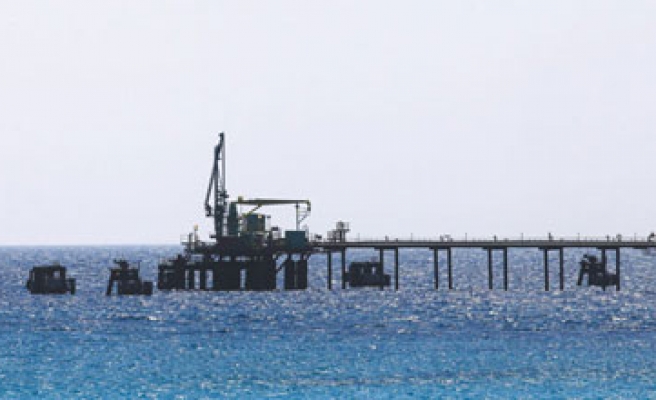 Protesters demanding jobs closed off the eastern Libyan port of Zueitina for a sixth day on Monday, extending a halt in oil exports, according to a senior oil industry source and to one of the demonstrators.

Roughly a dozen men last Tuesday evening forced their way into the port, just hours after Zueitina Oil Company workers had temporarily suspended a strike and resumed production at oilfields that pump to the terminal.

"The situation is still the same," a senior Libyan oil industry source said. "Exports are still down as of yesterday evening. I do not think there has been any change this morning."

Belgasem al-Sghou, who described himself as the leader of the protesters, said two ships were waiting to come into the port to load crude.

"We are not allowing them to be loaded from this port," he said by phone, adding that maintenance work continued as normal, however.

Sghou said the protesters numbered less than 10, even though they represented around 300 people. Asked if there had been any talks yet with government officials to end the demonstration, he said: "Nothing has appeared yet."

The protesters are among a group of civilian demonstrators demanding jobs who shut down the port for several weeks earlier this year. An agreement was later reached for new jobs to be created but the group said they had yet to begin work.

Zueitina Oil Company pumps between 60,000 and 70,000 barrels (bpd), but its terminal has the capacity to handle about 20 percent of Libya's crude oil exports.

Protests and strikes at various facilities have repeatedly lowered Libya's oil output, which had returned faster than expected to pre-war levels of around 1.6 million barrels per day (bpd). The source said output at the end of last week stood at around 1.36 million bpd.

Other oilfields such as El Feel - operated by Mellitah, a joint venture between state firm the National Oil Corporation and Italy's Eni - were also shut down last month due to separate strikes. El Feel has a capacity of around 130,000 bpd.