A big rally was planned in Seattle yesterday over the fatal police shooting of an unarmed Mexican immigrant who ran from officers in Washington state after throwing rocks at them, and whose death has prompted calls for a federal probe. 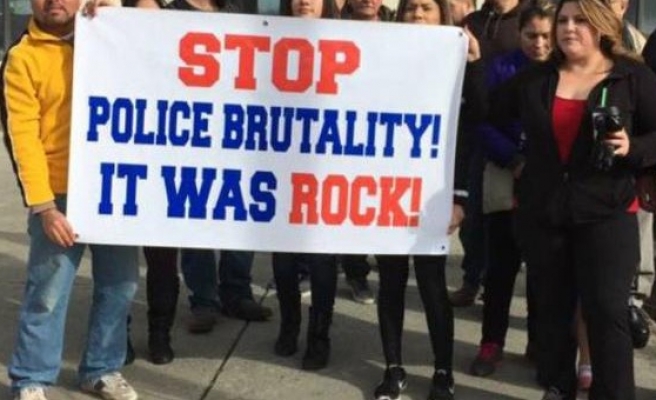 Protests over the fatal police shooting of an unarmed Mexican immigrant in southeastern Washington spread to the state's largest city, Seattle, on Wednesday, with demonstrators renewing calls for change in policing tactics in the United States.

About two dozen people attended the rally in downtown Seattle, some 200 miles (320 km) northwest of the largely agricultural city of Pasco, where Antonio Zambrano-Montes was killed on Feb. 10.

His death has prompted protests in Pasco, some attended by hundreds of people in the city of about 68,000, half of whom are Hispanic, and drawn condemnation by the Mexican government.

Demonstrators said during Wednesday's rally in Seattle the shooting was the latest example of police use of excessive force in minority communities in the United States.

Zambrano-Montes, a 35-year-old orchard worker from Mexico's Michoacan state, was unarmed when he was shot dead by three officers at whom he had thrown rocks before fleeing in an incident captured on video, law enforcement officials said.

His death has drawn comparisons to two high-profile police slayings of unarmed black men in Ferguson, Missouri, and New York City. In both those incidents, the white police officers involved were not charged.

Protesters in Pasco have accused the police department of heavy-handed tactics when dealing with the Hispanic community, many of whom immigrated to the area to work as agricultural laborers.

Zambrano-Montes was the fourth fatal police shooting in Pasco in six months.

The Pasco Police Department said Zambrano-Montes had ignored commands to surrender and that a stun gun failed to subdue him.

The officers, including one who is Hispanic, were placed on administrative leave pending an internal investigation.

The Hispanic advocacy group Consejo Latino said on Tuesday it had asked the Department of Justice to investigate whether Zambrano-Montes' civil rights were violated.

The Department of Justice could not be reached for comment on Wednesday.

A police spokesman said the department welcomed an independent inquiry.

Franklin County Coroner Dan Blasdel has ordered an inquest in which a seven-member panel will make a preliminary determination as to whether the killing was justified, after which a prosecutor will decide whether to pursue charges, he said.