Public workers go on strike in Slovenia over wage freeze

About a half of Slovenia's public sector went on strike to protest against the government's plan to freeze their wages until the end of 2011. 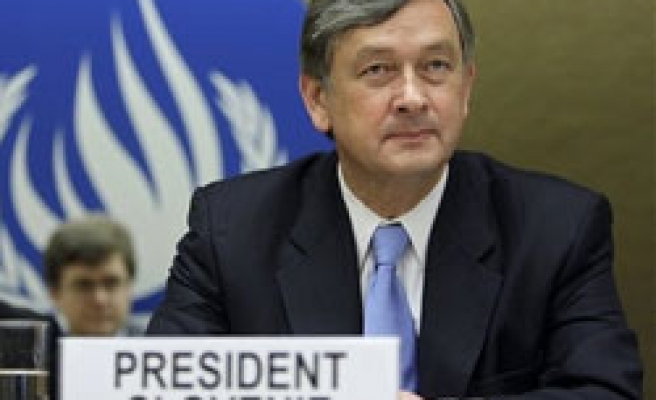 About a half of Slovenia's public sector went on strike on Monday to protest against the government's plan to freeze their wages until the end of 2011.

The strike's most visible impact was on the European Union country's border with non-EU Croatia, where waiting lines for trucks had increased to some 4 hours by 0845 GMT as customs officials worked to rule.

Some 80,000 employees from 22 public sector trade unions have joined the protest, demanding that the government raise public sector wages by some 2.5 percent from October as agreed with the previous conservative government in 2008.

Prime Minister Borut Pahor said last week that the government could not keep the pledge, made before Slovenia was hit by recession.

The government expects Slovenia's budget deficit to reach 5.8 percent of gross domestic product (GDP) this year, up from 5.5 percent in 2009 and well above the EU's target ceiling of 3 percent.

Pahor said public sector wages can rise once the country reaches stable economic growth of some three percent a year, which is expected in 2012.

Slovenia had been the fastest growing euro zone member before the global downturn but its economy, relying heavily on exports to EU markets, shrank by 8.1 percent last year.

The government expects the economy to expand by some 0.9 percent this year.

Staff at schools and kindergartens and public transport workers did not join in the strike.

"This is really no time to demand higher wages, particularly in the public sector where jobs are secure," said Bruno Ravnik, a 35-year-old engineer who works in a private company.