Russia is looking to supply grain worth up to $500 million per year to Iran in exchange for oil, Russia's state grain trader said 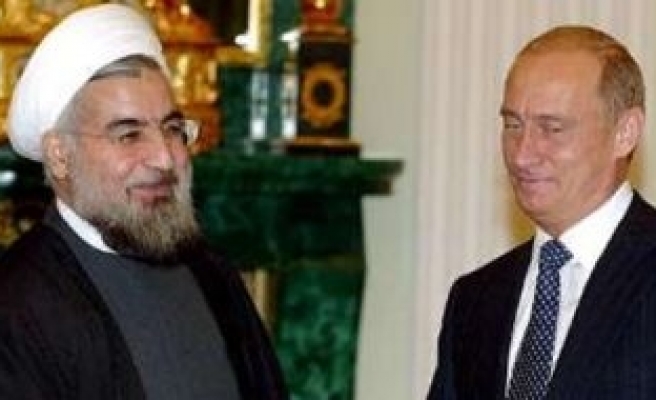 Russian President Vladimir Putin is expected to meet Iranian President Hassan Rouhani while they are in Tajikistan for a security summit on Friday to discuss trade and economic ties, a Kremlin official said.

He did not say whether they would touch on an "oil-for-goods deal" which Tehran and Moscow have been discussing as a way to get round Western sanctions imposed on Russia over the Ukraine crisis and on Tehran over its nuclear programme.

"Naturally, the main focus will be on strengthening trade and economic ties," Kremlin foreign policy adviser Yuri Ushakov told reporters in Moscow at a briefing on Wednesday before the Shanghai Cooperation Organisation (SCO) summit in the Tajik capital, Dushanbe.

Russia is looking to supply grain worth up to $500 million per year to Iran in exchange for oil, Russia's state grain trader said, in a further reduction to the value of a long-negotiated barter deal between the two countries.

Energy Minister Alexander Novak told state-run Rossyia-24 television that negotiations on the "oil-for-food" deal had not started yet but did not rule out the possibility of a deal being completed in the future.

Ushakov said the two leaders would also discuss progress with Iran's nuclear programme, as well as the Iraq and Syria crises.

Tehran said in June it expected to sign a deal later this year with Russia to build two new 1,000-megawatt nuclear reactors in Iran, potentially boosting its case that it is refining uranium for civilian energy.

Russia, which built the Islamic Republic's first nuclear power station in Bushehr on the Gulf coast of southwest Iran, is one of six world powers negotiating with Iran on a long-term agreement to end a decade-old dispute over Tehran's nuclear programme. Iran says its programme is peaceful but the West says it may be aimed at developing a nuclear arms capability.

The SCO groups China and the former Soviet republics of Russia, Tajikistan, Uzbekistan, Kyrgyzstan and Kazakhstan. Iran has observer status.