The Russian leader wants the emerging powers to play a bigger role in world affairs to counter U.S. influence. 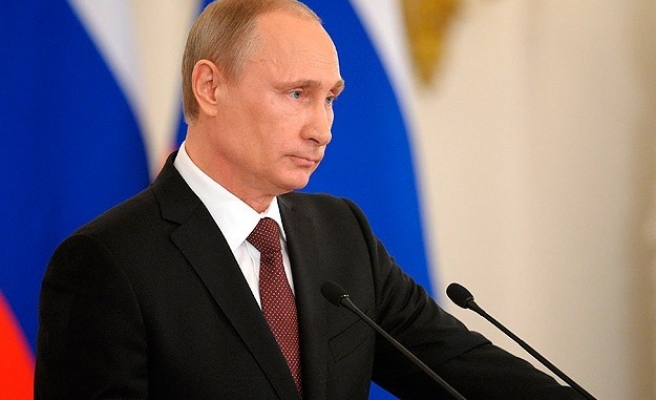 Putin said he would urge Brazil, China, India and South Africa to draw "substantive conclusions" from sanctions imposed on Russia over its role in the Ukraine crisis during a two-day BRICS summit in Brazil starting on Tuesday.

"Recently Russia has been exposed to a sanction attack by the United States and its allies," the Kremlin leader told Itar-Tass news agency in an interview.

"Together we should think about a system of measures that would help prevent the harassment of countries that do not agree with some foreign policy decisions made by the United States and their allies, but would promote a civilised dialogue on all points at issue based on mutual respect."

Putin gave no details but said the BRICS should cooperate more at the United Nations, where Russia and China have the right of veto, and work together more closely to combat security threats.

The Russian leader, who attended the World Cup final in Brazil on Sunday, wants the emerging powers to play a bigger role in world affairs to counter U.S. influence.

"Any attempts to create a model of international relations where all decisions are made within a single 'pole' are ineffective, malfunction regularly, and are ultimately set to fail," he told Itar-Tass.

Putin has stepped up criticism of what he says is U.S. meddling in other states' affairs as the former Cold War superpowers clashed over Russia's annexation of Crimea in March and its political support of separatists in eastern Ukraine.

The United States and the European Union have imposed visa bans and asset freezes on some Russian officials and companies, and have threatened more sanctions if Moscow does not do more to de-escalate the crisis.

The BRICS nations will sign off at the summit in the coastal city of Fortaleza on a development bank and emergency reserves fund, a big step for a diverse group known more for its anti-Western rhetoric than coordinated action.