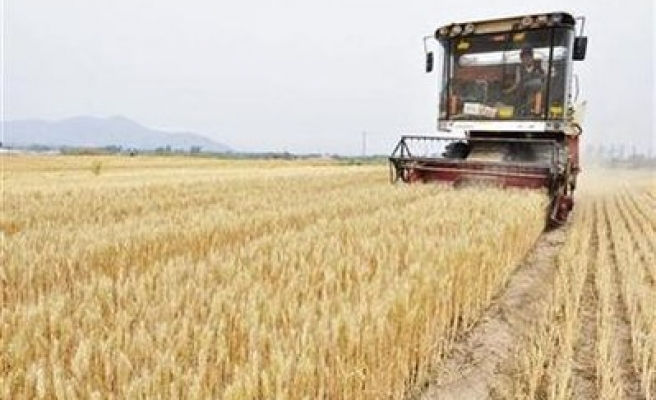 Falling yields are painting an even bleaker outcome than anticipated for Russia's wheat crop, while longed-for rainfall in Ukraine and Kazakhstan won't rescue drought-hit harvests across the Black Sea area, forecasters and analysts said on Thursday.

"With a sharp decline in the contributions from Siberia and the Urals, estimates for the Russian wheat harvest are falling significantly - lower, perhaps, than even the most conservative market expectations," SovEcon said in a note.

Parts of Siberia are expecting cold night-time temperatures over the next few days, as low as minus 2 degrees Celsius (28.4 degrees Fahrenheit), the Federal Hydrometeorological Centre said on its website in a weather forecast for Aug. 23-25.

It said the possibility of wildfires remained very high in the Novosibirsk and Altai regions, despite forecast rain.

Russian Agriculture Minister Nikolai Fyodorov forecast the country's grain crop this year at the lower end of its previous range of between 75 million and 80 million tonnes, saying trends in the weather were "not very favourable."

The minister did not give a new forecast for the wheat crop.

Russia had harvested about 50 million tonnes of grains as of Aug. 23, data published on the ministry's website, www.mcx.ru, showed.

Sharply reduced crop forecasts from Russia - which harvested 94 million tonnes of grain last year, including 56.2 million tonnes of wheat - have given rise to concerns the country might once again ban exports, helping drive global prices higher.

Benchmark global corn and soybean prices hit record highs this summer in a fierce rally, sweeping wheat up with them, as the worst U.S. drought in 56 years ravaged crops.

Russia banned grain exports for almost a year after a severe drought two years ago, the catalyst for a surge in grain prices and related political instability in the import-dependent Middle East and North Africa regions.

Fyodorov, who last week ruled out such a ban, reiterated his position in an interview with state TV channel Rossiya 24.

"We are categorically against any measures which would destroy the market," he said. "We need to make very cautious moves."

Hot weather in July could also have damaged output of late grains, analysts said, with recent rainfall and a drop in temperature unlikely to improve crop conditions significantly.

"Following the extraordinarily hot and dry weather, the air temperature dropped by 7 to 10 degrees and rain fell everywhere," UkrAgroConsult consultancy said in a report.

It said most late crops in southern Ukraine were in poor condition, except those plantings under irrigation.

"In many areas, maize, soybean and sunflower crops are drought-stressed, have ripened prematurely and formed low yields. Part of them was even lost," the consultancy said.

Weather forecasters say hot weather is likely to return to most Ukrainian regions in the next few days, with temperatures reaching 30-32 degrees Celsius in eastern and southern regions.

Forecasters expect rain in Astana and the grain belt north of Kazakhstan's capital in the next few days. The Agriculture Ministry forecasts a 2012 grain crop of 13 million tonnes, less than half of last year's post-Soviet record 27 million tonnes.

The ministry said that Kazakhstan had harvested grain from 4.29 million hectares, or nearly 28 percent of the sown area, as of Aug. 22. The country had threshed 3.1 million tonnes, with yields so far averaging only 0.73 tonnes per hectare.

Despite the lower crop, Kazakhstan expects carryover stocks from last year's record crop to permit exports of between 10 million and 12 million tonnes in the current marketing year, only slightly below the 12.1 million tonnes shipped in 2011/12.